Weekend camp at Medical Center working to build self-esteem in young girls; see how you can get involved 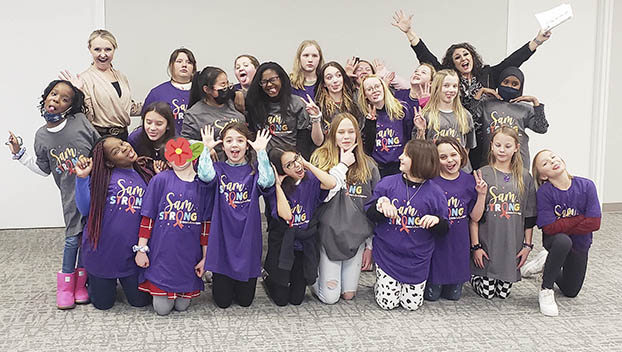 Mistie Layne and Teresa Snider pose with girls at an event in Amarillo. The women are heading up Tween Self Esteem Day Camp in Port Arthur Saturday. (Courtesy photo)

Mistie Layne and Teresa Snider are looking to reach preteen girls before they reach high school and give them the tools to prosper.

The women are bringing the upcoming Tween Self Esteem Day Camp to Port Arthur Saturday from 10 a.m. to 4 p.m. at The Medical Center of Southeast Texas.

While all of the spots are now taken, the women are accepting names for their July event.

Layne, an author and inspirational speaker who lives in Mid County, said she and Snider had the idea to reach preteen girls to build their confidence, teach them how to handle conflict, avoid bullying and teach them how they can be powerful influencers.

Layne calls it a magical day. 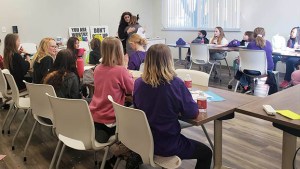 A scene from the Amarillo event. (Courtesy photo)

“They come in and learn about how, at a very young age, they can be entrepreneurs. They can start a business walking dogs, painting nails,” Layne said.

And learning how to start a business leads to financial literacy, she said, adding they will create a vision board and manifest their own future.

“We will be teaching self affirmation, self-esteem, confidence,” she said.

But it’s not all studying. Layne frames the day with dancing and physical games for a fun-filled experience where participants walk away empowered.

The idea for the camp was born when Layne and Snider were at an event in Phoenix and began talking about problems girls are facing, such a bullying and inappropriate texting. By the time they’re in high school, they’re being bombarded. The women felt they needed to reach the girls before they got to high school so they created the event for those between 9 and 12 years old.

Layne will use writing to help the girls along their journey. It’s something she relied on to help her move to the “survival side of adversity.” 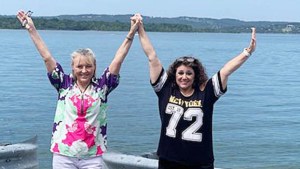 At one time Layne was in medical school studying to become a surgeon. She had two small children when she and her husband divorced, which drove her to depression. She blamed herself.

She searched for validation and at the age of 32 she tried cocaine.

“I was educated. I should have known better,” she said. “In six months, I was on crack. I spent 10 years in a walking hell.”

To support her drug habit she did things she never thought she’d do, including prostitution.

She tried rehab to get off drugs but it only worked for a while. Then on Sept. 18, 2007, after a four-day crack binge, her life was changed. She lost control of her car while driving and hit and killed a woman.

Afterward, she was facing a 40-year prison sentence for vehicular homicide.

There she was, a person who didn’t cuss or do drugs in high school was now in prison. She didn’t think she deserved to live.

Overwhelmed by guilt she began to write and do so for seven months.

Her life took several turns leading her to be released after serving five years.

Her story continued with other highs and lows and her journey led her to be a best selling author and speaker.

Guillory spoke of Layne’s testimony, saying the event will give students encouragement and the writing is an option for them to express themselves.

He believes there needs to be more programs such as this in the community.

Layne and Snider first brought their program to Amarillo and have been invited back for another event in May.

Do you know him? Police say he stole a…