The Port Neches-Groves softball team is in the hunt for a playoff berth. While the team is trying to stop a losing streak, PNG sits at a season record of 14-6-3. The team is 1-3 in district play, but catcher Vivien Thames has been solid. 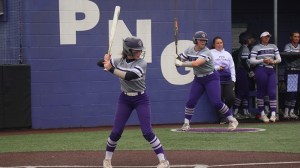 Thames put together the best performance of the team at the plate going 2-for-3 against Barbers Hill, which is ranked No. 4 in the state, this week.

While her primary position has been behind the plate this season, Thames was able to play some shortstop against Barbers Hill, which is the position she played last season during her sophomore campaign.

Sunshine to provide spotlight on Port Arthur Relays and…