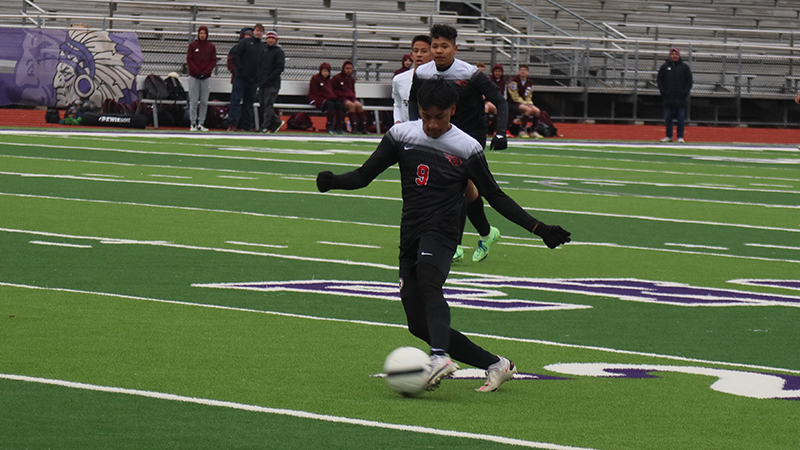 Memorial and Nederland boys soccer teams are hoping to carry the lessons learned this season into next year as both teams wrapped up work in a competitive district.

The Bulldogs and Titans just missed the playoffs, as Port Neches-Groves is the only area team in the district to move on to the postseason.

Nederland finished the season 3-9 in the district play.

Head Coach Keith Barrow said he knew his team would be behind the curve after graduating 12 seniors last year.

“I already knew our district is really tough,” he said. “From top to bottom, anybody could beat anybody. From the first place team to the last place team, people were beating and tying each other. We knew it was going to be like that. With our teams and the teams from Houston, we knew it would be competitive.” 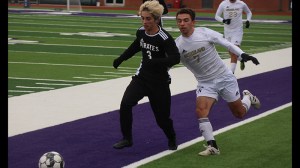 Barrow said the players earned valuable experience for next season.

“We lost a lot of our games by one goal or we were in it right there until the end,” he said. “I am proud of the effort our guys gave. I am proud of our season, but the win column doesn’t reflect what we hoped.”

“They were a very good group of kids,” Barrow said. “They had really good leadership skills and worked hard. They were a lot of fun to coach. Some of them only had limited varsity experience, but they contributed very well to the team. They are leaving some big shoes to fill. Hopefully our juniors that will be seniors next year will pick up where they left off and make it a little better.”

Memorial finished 2-9-1 in district play. The Titans were in the playoff hunt late in the final games of the season, but a 4-1 loss to Crosby in the second-to-last game shut the door on postseason hopes.

The Titans did not surrender, giving district champs PNG a close game to end the season with a 1-0 loss to the Indians. PNG needed the win to clinch the district title.

Memorial Head Coach Chris Bradford said he is proud of his group.

“As optimistic as I was at the beginning of the season, some of those things just didn’t pan out, but it was a huge building step for our program to get back on the right track,” he said. “It wasn’t a failure. We lost six or seven games by one goal.”

Bradford will miss the leadership of team captain Maldonado, but is encouraged by some of the younger players, who are auditioning for the role on next year’s squad.

The coach said his goal is to get the team back to competing for district championships.

The Titans had district wins over Nederland, Beaumont United and tied with Barbers Hill.

Barrow said the district’s competitiveness has increased over the past few years.

“Heck, I was on the first team Nederland had in 1988,” he said. “I’ve seen it transition over the years. I saw when Nederland had about 12-straight years of running it with district championships. Then it was every few years. Now it is a toss up for any team. That is good to see.”