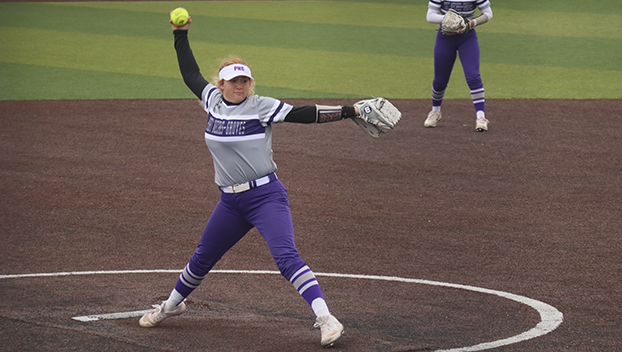 PORT NECHES — The Port Neches-Groves softball program went into spring break on a sour note despite a state ranking.

The Indians went 0-2 on the week against Nederland and Crosby. Head Coach Taylor Harvill knows the team’s potential is better than the recent performances. The Texas Girls Coaches Association ranked PNG 15th in class 5A. District opponents Crosby and Barbers Hill ranked at 9th and 5th, respectively.

The Indians, who are 1-2 in district play, fell 2-1 to Nederland Monday and lost 8-0 to Crosby Tuesday.

“It was a tough week to say the least,” Harvill said. “We had a practice (Wednesday). I gave them the rest of the week off to rejuvenate their bodies so when they come back Monday, they will have fresh minds, be well rested and ready to go. We want them to be their best to take on the rest of the district schedule.”

Harvill said the looming spring break might have played a role in the lackluster performances.

“I do think the past two games were definitely mental,” she said. “We didn’t make the physical adjustments we needed fast enough within the game. We just didn’t play like ourselves. We just didn’t come out and play our game.”

Harvill said the team’s ability to learn from its mistakes will help them the next time the Indians play.

The coach said she is happy her team is ranked, but tries to not let it get to her players’ heads.

“It was brought to my attention and I am extremely proud of them,” she said. “They deserve that. However, we have to capitalize on big games and district. Our goal is to at least get into one of the top-3 seeds in district so it betters our chances in postseason. It is a big accomplishment, but if you don’t take care of business in district, your season gets shortened pretty quick.”

PNG started district play with a 17-2 win over Beaumont United. PNG is currently in fourth place behind Crosby, Barbers Hill and Nederland in the district.

Harvill said she will use the ranking as motivation to show the team its potential.

“I show them our team stats,” she said. “I show them how many homeruns we hit and how many hits we earned. This should motivate them to want to get more and do more. To be ranked in the state is a big deal. I always look at them from a coaching standpoint and might not give as many compliments as I should.

“I don’t get to watch them from everyone else’s point of view. When I go back and watch film, I realize we look so much better than we did in my mind, because I am always trying to make adjustments and help them. That ranking is something they should be proud of. But we definitely need to make some changes going forward into district if we want to take care of business.”