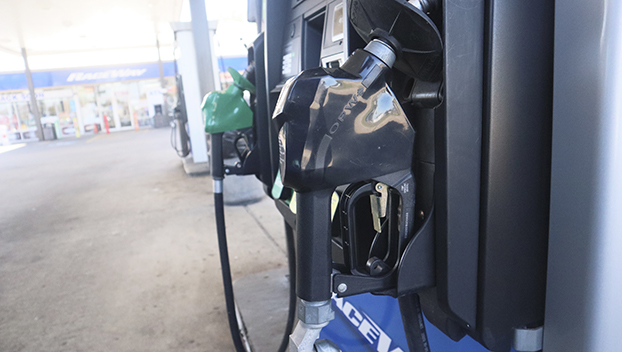 The highest recorded price for regular unleaded fuel in Port Arthur was recorded March 11 at $4.01 per gallon. (Chris Moore/The News)

Local officials are monitoring the price at the pump as fuel prices soar to record numbers.

According to the AAA, which monitors more than 120,000 stations nationwide, the average price of regular unleaded as of Wednesday was $4.03 per gallon in the U.S.

Texas came in with an average of $3.97 per gallon, which is the same for the Beaumont-Port Arthur Metro Area. The highest recorded price in the area was on March 11 with $4.01 per gallon.

In contrast with the $2.59 pump price this time last year, average drivers as well as municipalities are adjusting to the record increase.

Port Arthur City Manager Ron Burton said, from a budget standpoint, the city will have to look as the immediate impact is not yet gauged.

To see the impact, he and staff needs to look at monthly reports, comparing now to when the increases started, coinciding with the war in the Ukraine.

“We will have to look at it from that standpoint. We don’t know how long the war will last,” Burton said.

Andre Wimer, city manager in Port Neches, said last spring and summer when developing the budget for the current fiscal year they did not anticipate a significant increase in fuel prices as has been experienced. Ultimately, it will likely result in some budgetary adjustments as Port Neches goes through the remainder of the fiscal year.

Even with the rising cost of gas, the city must purchase fuel to provide services to the residents, he said.

“We will continue to monitor the prices and the impact on the budget as we gain a better sense of what the total cost may end up being through the end of September, which is the end our fiscal year, and make adjustments,” he said.

“Departments will assess any gas saving measures but we will not being making any changes to services for potential savings,” Duque said. “Our budgets include contingency allocations and reserve funding. It is possible that the contingency will not be sufficient in our water, sewer and solid waste funds, but we will not be making utility rate adjustments for the remainder of this fiscal year.”

But it’s not just fuel for the city vehicles that’s impacted, as noted by Port Arthur’s city manager.

“We are about to release the list of road projects; we will be doing about 70 streets between now and December and we know that (fuel prices) could affect the price of asphalt,” Burton said of the oil-based product.

Burton said the increase would also affect contractors who work with the city as well as multi-million dollar projects. 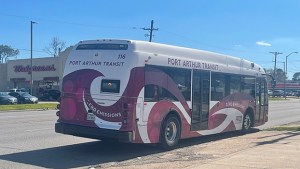 Port Arthur is one of a few cities in Texas with populations under 100,000 that have a transit system. The city operates electric buses for the routes, a fact Burton is proud of.

“Port Arthur is always ahead of its game,” Burton said of the all-electric fleet of buses.

Carolyn Anderson, transit secretary, said at this particular point she does not see an increase in ridership.

However, there are other areas in which residents could be seeking a reprieve, such as seeking a second or higher-paying job.

Through the website, a person can fill out applications and even take part in an interview.

There are other ways Workforce Solutions can assist, with programs that provide free child care for a year for individuals in service-related fields such as retail, food service and housekeeping.

In addition, there are support services to assist with transportation.

For more information on job searches and programs go to setworks.org