Port Arthur Police: Victim of drive-by not cooperating with investigators 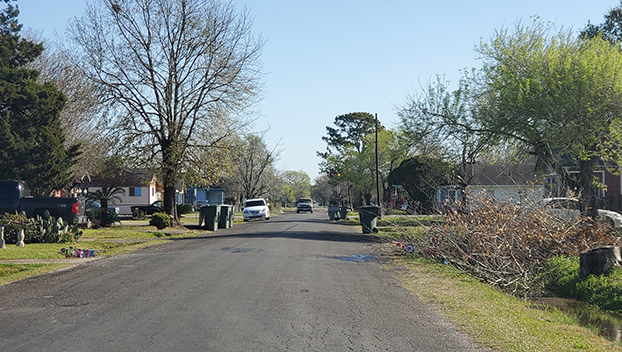 A view of the 2000 block of 17th Street, where a Port Arthur man was injured during a drive-by shooting. (Mary Meaux/The News)

Less than 24 hours after a drive-by shooting left a 20-year-old Port Arthur man injured, details of the violence were not readily available.

A few people were outside the modest homes along the 2000 block of 17th Street, but none wished to talk about Monday’s shooting.

Port Arthur Police were called to the location at approximately 5:07 p.m. for shots fired. When they arrived they found the victim had suffered a gunshot wound to his upper body. He was brought to a hospital for a non-life threatening injury.

Det. Sadie Guedry confirmed the shooting was a drive-by but would not say how many shots were fired.

Sgt. Shannon Meaux said, in a news release, the other parties involved in the shooting fled before officers arrived.

No arrests have been made because the shooting victim is not cooperative with police, authorities said.

The shooting remains under investigation, according to Guedry.

Police do not believe Monday’s shooting is related to Friday’s stabbing death of Chaddric Lanes, which happened less than a mile away.