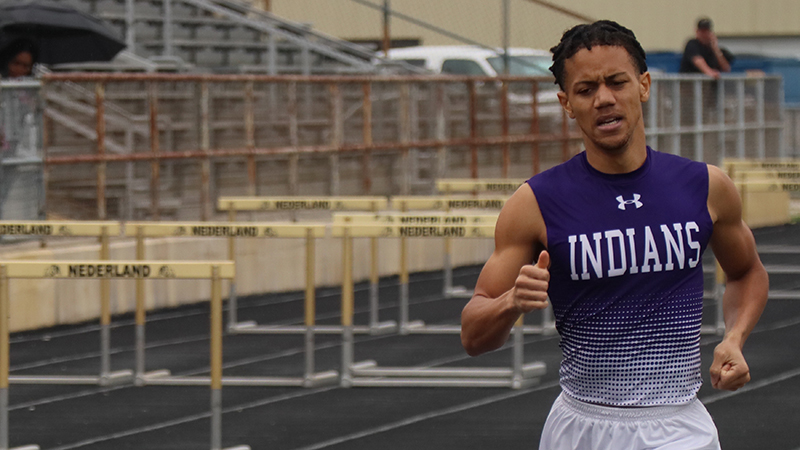 PORT NECHES — Port Neches-Groves runner Cyrus Jacobs Jr. will continue to wear purple next season after making his college selection over the weekend.

“(The decision) was tough because I have made relationships with all types of coaches,” Jacobs said. “It is relieving because now I can just focus on track.”

Jacobs wanted to thank all of the coaches who helped him reach this moment.

“First off, I want to mention God because none of this would be possible without him,” he said. “I would like to mention my dad, who has been training me since I was 7. My mom has also always been there supporting me. My uncle, Patrick Jacobs, has coached me as well.” 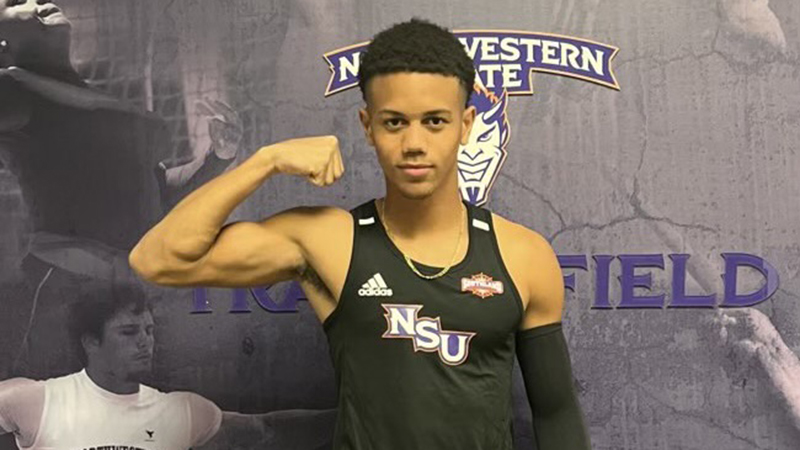 Jacobs comes from a pedigree of track experience.

“She was the sprinter; my dad ran the 800 and the mile,” he said. “Having the sprinter in my mom and the long-distance side of my dad taught me different things. They both encouraged me because they know how hard it was.”

The runner said he chose Northwestern State, which is where his mother ran track, because it felt like home.

“It was a comfortable place,” he said. “Everyone was nice and the food was good. They have great athletes. Over there, everyone works hard for what they get. The coaches are building a team around me and recruiting guys to help me make it to NCAA and hopefully go pro one day. Hopefully I can go 46 (seconds) in the 400 this year, 45 my first year in college and 44 my second year and that will be 2024 Olympics. I can go to the trial if I run 44.”

Jacobs said he and the track coach at Northwestern State have had conversations about going pro when the time comes.

“I talked with my dad and we looked at the team and asked if they had guys who were going to push me and help me excel at the next level,” he said.

“The answer was ‘yes.’ They have guys that are faster than me. They have second- and third-year guys that are going to be there next year. The goal is to go in there, work hard and, hopefully, outrun every last person on that team my freshman year.”