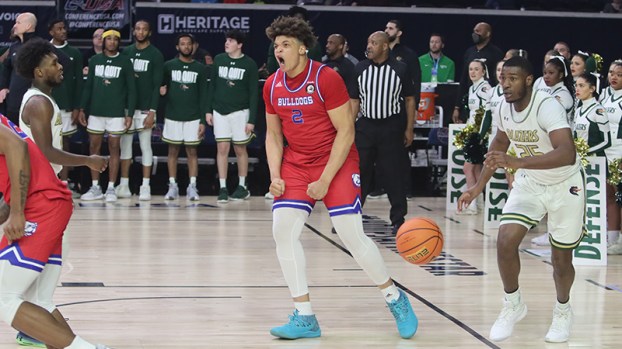 Kenneth Lofton Jr. celebrates after making a basket in March during a Conference USA tournament game. (Michael Sudhalter/ Special to The News) 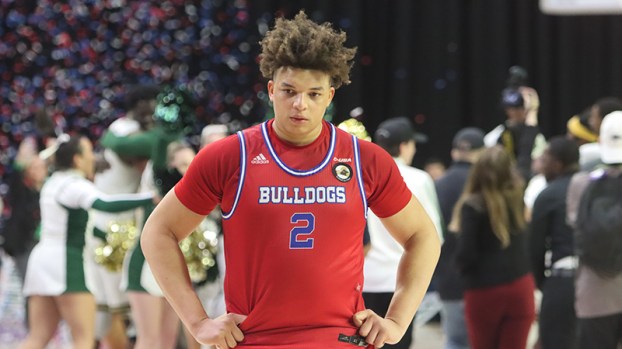 Lofton walks off the court after a loss in the Conference USA Championship game. (Michael Sudhalter/ Special to The News) 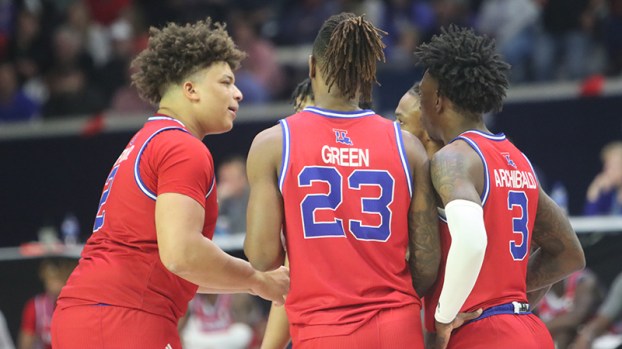 Kenneth Lofton talks to his teammates during a timeout. (Michael Sudhalter/ Special to The News) 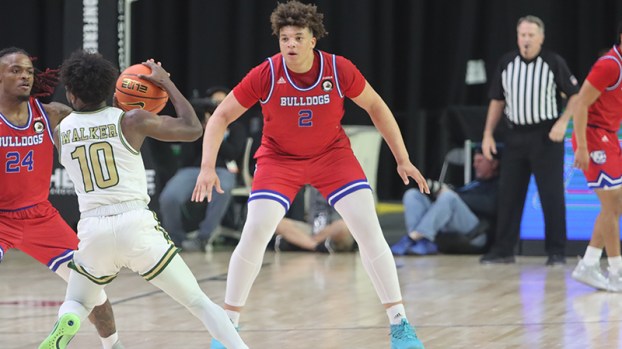 Lofotn lead the Bulldogs in scoring this season. (Michael Sudhalter/ Special to The News) 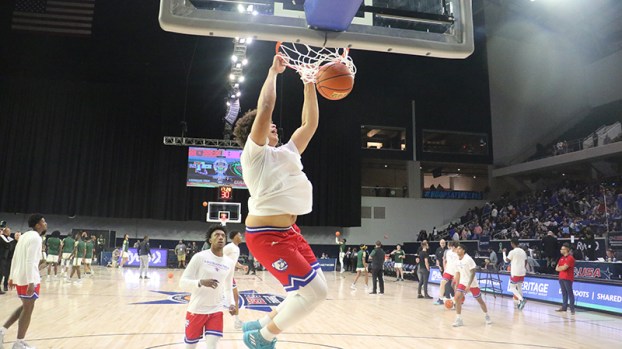 Lofton dunks the ball during warmups. (Michael Sudhalter/ Special to The News)

FRISCO, TEXAS — The stunned expression on Kenneth Lofton Jr.’s face said it all – from the shock and disbelief of losing in the Conference USA Championship Game to the quiet resolve that he could bring the Louisiana Tech Men’s Basketball Team to its first NCAA Tournament in more than three decades, next year.

But Saturday at The Star — the training facility of the Dallas Cowboys that doubled as C-USA’s Tournament host — was the site of a Louisiana Tech run that came up just short.

The former Memorial High star helped Louisiana Tech rally from a 19-point first half deficit. Lofton trimmed it to 10 with a thunderous dunk just before halftime.

Louisiana Tech would get as close as three points in the final two minutes, but that was it.

Lofton burst on to the college basketball scene last year and was named Conference USA Freshman of the Year.

He wowed fans with his throwback style of posting up opponents, most of whom have several inches on him, and making them pay in the paint. Lofton Jr. averaged 16.3 points and 10.6 rebounds through 32 games this season.

Lofton Jr. entered the year on the Naismith Trophy Watch List and the Karl Malone Award Watch List and may have a chance to join Louisiana Tech legends like Malone and Paul Millsap in reaching the NBA in a few years.

“He’s been our go-to guy,” Louisiana Tech head coach Eric Konkol said. “I’m so proud of his growth the last two years and the work he’s put in. He’s one of the best players out there. He’s going to keep working and working and getting better and better. He’s got a bright, bright future.”

“After the season, we’ll meet with him and his parents,” Konkol said. “Of course, his aspirations are to play in the NBA, and that’s what we want for him. We’ll go through that process and help him as best we can.”