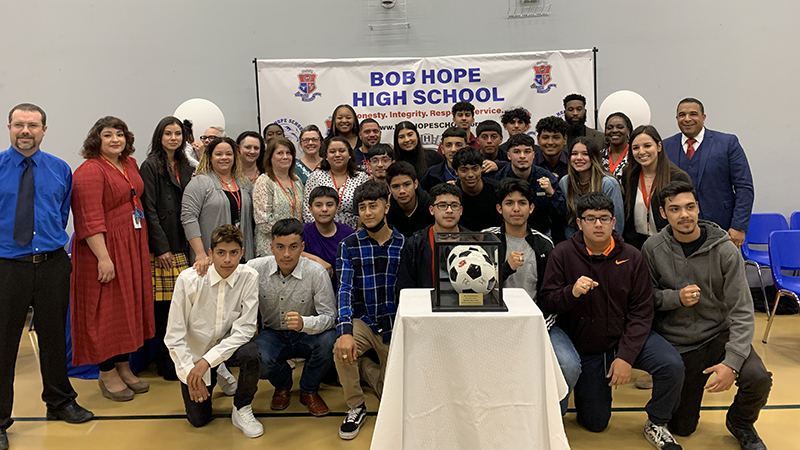 Staff members for the school sponsored the rings.

“When I sent the email out asking staff members if they would be willing to pay for our students’ championship rings, within minutes all the rings were covered,” Bob Hope School Campus Director Jesus Acosta said. “I am so proud of our staff and their dedication to our students.” 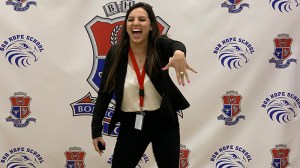 According to a news release, each ring sponsor presented the championship ring to the player they sponsored. 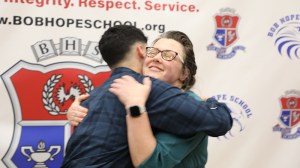 A player and a sponsor embrace at the Bob Hope ring ceremony. (Courtesy photo)

“I don’t know how many boys’ teams have a female head coach; and if there are some, I don’t know if any have led their team to a state championship,” Acosta said. “March is Women’s History Month, and this is a notable moment in our history.” 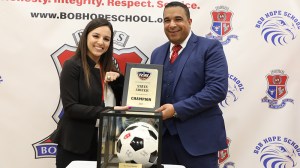 Urbina started playing soccer when she was 5 years old.

Although this is her first state championship as a head coach, she was a state champion each year from grades 6-10. As a high school freshman, she was Newcomer of the year and All-District honorable mentioned.

During her junior year, she was Offensive Player of the Year and first team midfielder.

This is her second season as head coach of Bob Hope High School’s boys soccer team.