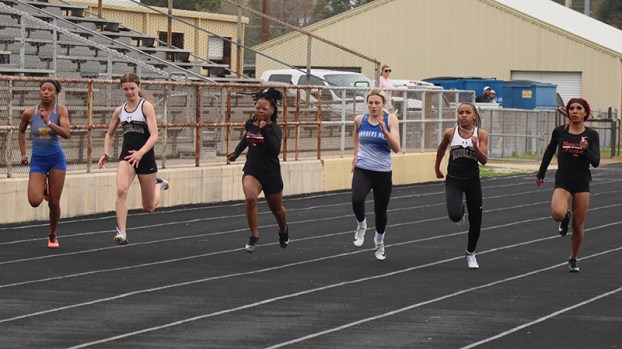 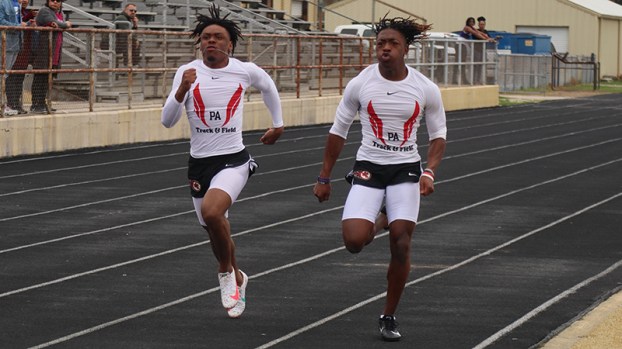 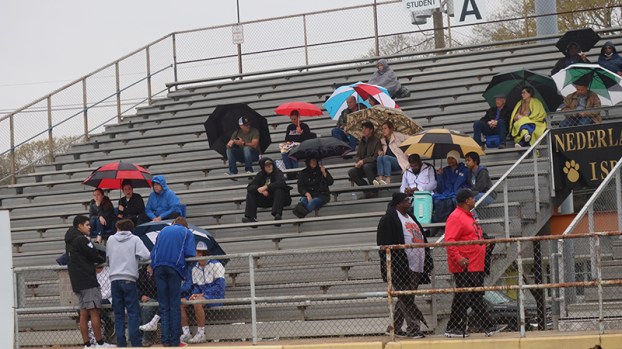 Fans huddle under umbrellas to avoid the rain at the Bulldog Relays. Chris Moore/The News 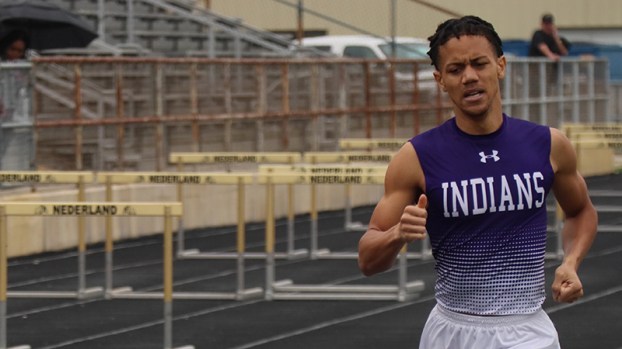 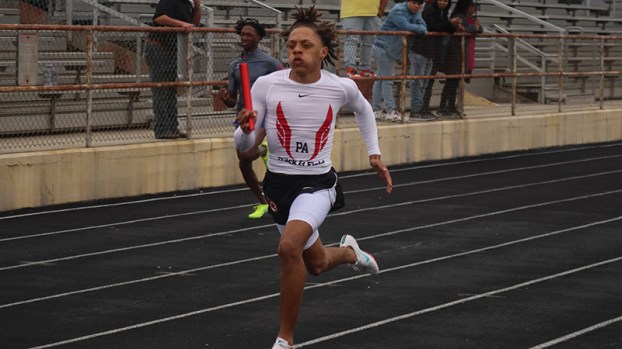 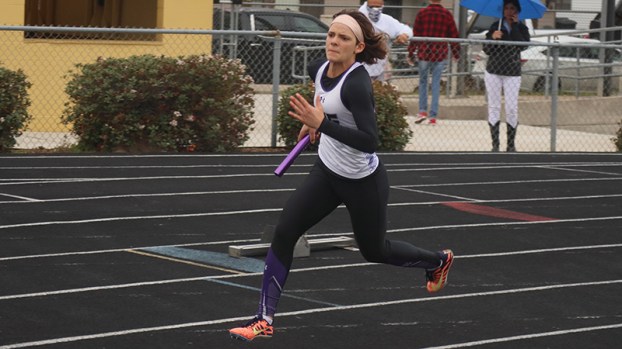 NEDERLAND — Light rain did not deter local track and field teams that participated in the Bulldog Relays Friday.

Fans and teams gathered under coverings and umbrellas as the rain came down around noon at Bulldog Stadium.

Head Coach Darrell Granger said the boys team ran just over 42 seconds, which was good enough for their fastest time of the season.

“That is why we competed in all of those meets in Houston earlier this year,” he said. “That got us battle-tested to where we can come home and perform well. We are getting our times down, and that is what really counts right now. Even in these conditions, I think both teams performed really well.”

Granger said Ke’Andre Jones placed first in the high jump with a leap of 6’3” before the coach stopped him.

“He jumped well,” she said. “We are still working some kinks out as far as the approach. I feel like he has been consistent. He has consistently jumped 43 feet. His first jump could’ve easily been 45 feet. That is the goal. We had some long jumpers place. Ava Whitehead got third.”

She said the girls distance medley relay team came in first and was just shy of the school record.

Crommett said they were able to avoid most of the rainy weather.

“I think we did good as far as rolling through things,” Crommett said. “We haven’t really had any issues with the weather until about noon.”

The Bulldogs made the decision to move up the track events about an hour to try and avoid inclement weather.

“We wanted to keep the conditions as good as possible for all of the competitions,” Crommett said.

PNG ran away with two first-place finishes in the 800m races. On the boys’ side, Cyrus Jacobs Jr. outran the competition, while Kyleigh Bushnell came in first for the girls run.