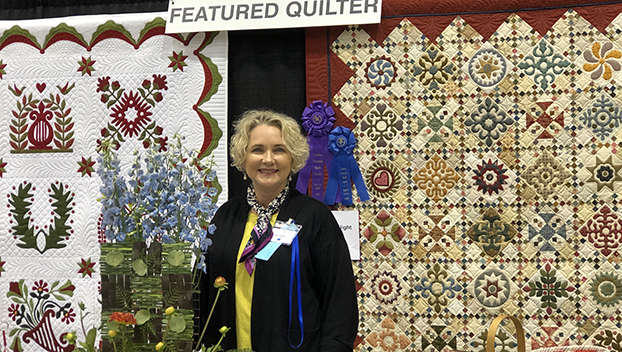 Joyce Miller, of Orange, is one of the featured quilters. (Courtesy photo)

More than 275 quilts are up for viewing at a two-day event that joins crafters and admirers.

The Golden Triangle Quilt Guild Quilt Show and Market is set for 9 a.m. to 4 p.m. Friday and Saturday at the Beaumont Civic Center.

Tickets are $10 each, and children younger than 6 get in free. 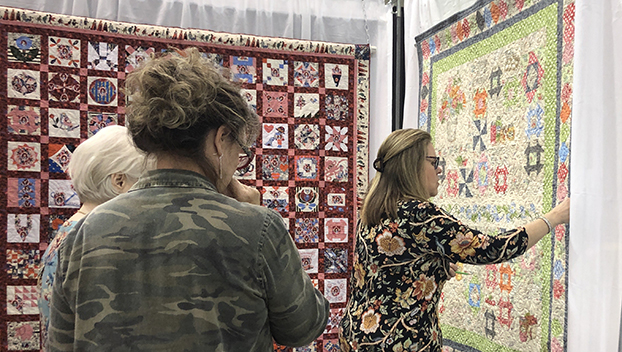 Gail Rowland, one of the three judges, inspects the green quilt, one of 240 that are being judged. Rowland is a candidate for the National Association of Certified Quilt Judges judging program. (Courtesy photo)

Cindy Thomas, first vice president, said there would be quilts for sale, a silent auction and a raffle quilt. Bando’s will provide the concession.

“This year there are over 240 judged quilts and over 275 quilts are displayed on the show floor,” Thomas said.

The Golden Triangle Quilt Guild is a 501(c)3 non-profit organization whose mission is educating the community and the quilters with the craft of quilting. The guild holds workshops for its members and a quilt show biannually.

The raffle quilt has blocks, or small pieces of fabric sewn together, from many of the members. At every show there is a block contest and blocks are judged on a smaller scale. One of the members takes the blocks and binds them together for a quilt to be raffled at the next event.

Thomas explained what the term “bees” refers to in the quilting world.

“Bees are small groups from our guild who get together, some weekly, some twice a month,” Thomas said. “We have bees that meet at a church, bees who are a community service offshoot and some meet at a home.”

The guild is open to all quilt styles, including appliqué and modern art. 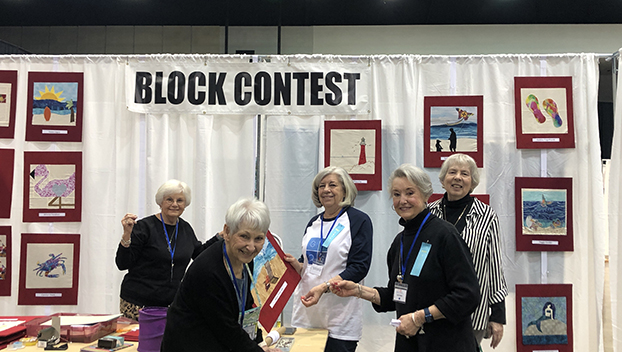 The organization was chartered in 1981 and by the mid-1980s were holding shows.

“Funny story, the first show they actually did was an exhibit at Parkdale Mall,” Thomas said. “They hung the quilts there to show the community what they are about. It was not judged. It was their first show in getting their feet wet.”

Though called the Golden Triangle guild, its members are from many places. There are members from the Port Arthur, Beaumont and Orange, as well as College Station. On Thursday, Thomas looked around the Civic Center during judging and noted three people from Louisiana — Vinton, Lake Charles and Sulfur.

Some, she said, originally were from the area and moved away but continued to be part of the group and participate in the shows.

“We would love any new members who are interested,” she said. “Our workshops are wonderful. Meeting with those bees and getting instruction one-on-one is invaluable.”

For more information go to gtqg.org online or visit their Facebook page.