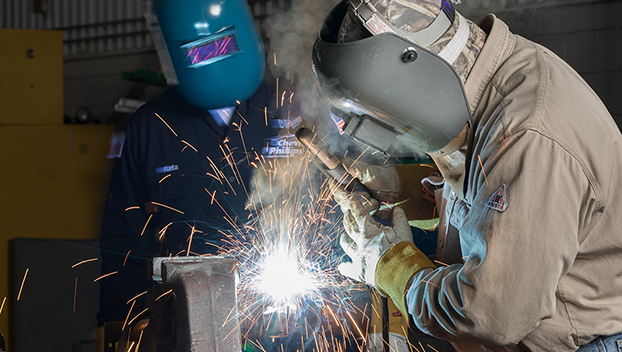 Chevron Phillips Chemical Company agreed to make $118 million in upgrades and performance compliance to three plants, including the one in Port Arthur, after reportedly violating the Clean Air Act with the release of pollutants.

In addition, the company will pay a $3.4 million civil penalty.

According information released this week by the U.S. Environmental Protection Agency and the U.S. Department of Justice, three of Chevron’s Texas-based plants did not operate and monitor industrial flares on various instances from 2009, leading to the release of excess hazardous emissions.

The other two Texas faculties are located in Sweeney and Cedar Bayou.

“While the health impacts of Clean Air Act violations in Port Arthur, Cedar Bayou and Sweeny, Texas, cannot be reversed, this Consent Decree does provide for improvements at Chevron Phillips facilities that are located close to residential neighborhoods,” said EPA Regional Administrator Dr. Earthea Nance in a written statement.

“Port Arthur and these communities have been demanding assistance for years. It is good to see this kind of bold enforcement action.”

“We are committed to reducing harmful air pollution from unnecessary and improper flaring, especially near overburdened communities with environmental justice concerns.”

With the settlement, Chevron Phillips will add various measures at the three plants to better monitor and control emissions.

Those listed in the complaint against Chevron include the carcinogen benzene, which can lead to serious health impacts.

“This settlement will require Chevron Phillips to install pollution control and emissions monitoring equipment at three facilities in Texas, reducing emissions of greenhouse gases and other harmful gases by thousands of tons per year,” said Acting Assistant Administrator Larry Starfield for the EPA’s Office of Enforcement and Compliance Assurance.

“Those controls, plus a requirement for fence line monitoring of benzene emissions and corrective actions when benzene readings are high, will result in significant benefits for the local communities in Texas.”

In Port Arthur, monitors will be included at a third-party refinery, as well as the Port Arthur Hydocarbon Vapor Recovery Unit.

On Wednesday a loss of steam at Indorama caused a flare up, according to information from the City of Port Neches. At the time, crews were on site and there was said to be no emergency. Officials later said the flaring resulted in the loss of a unit and steam production, and that there was no product release or danger to the public.