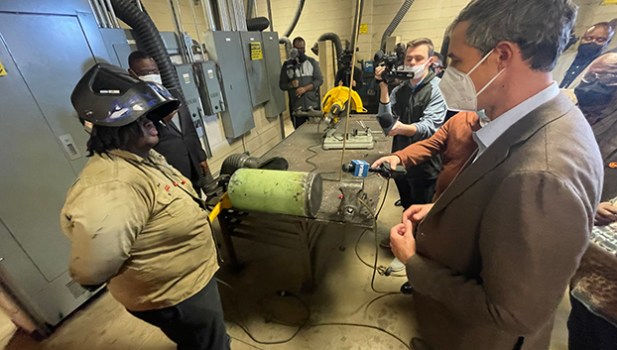 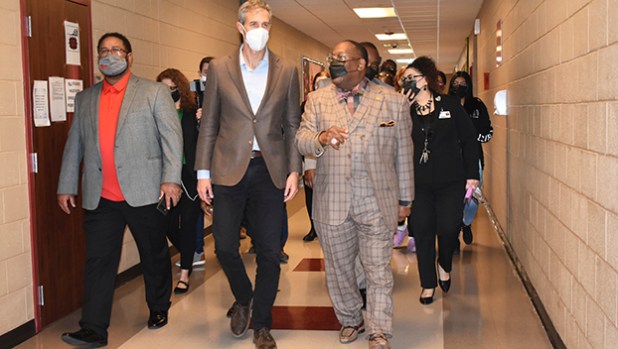 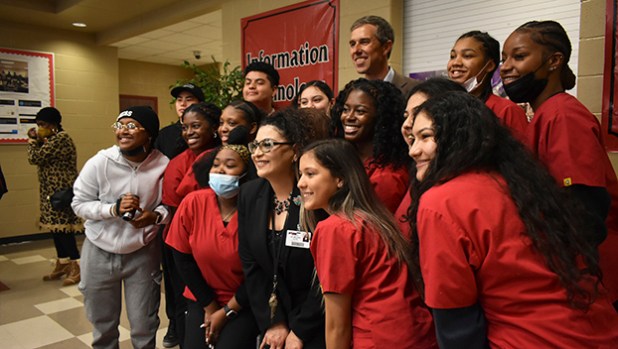 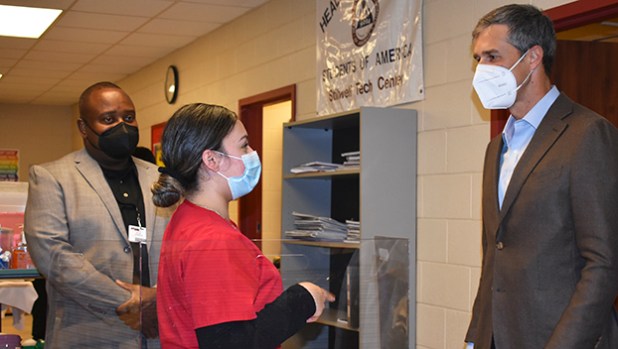 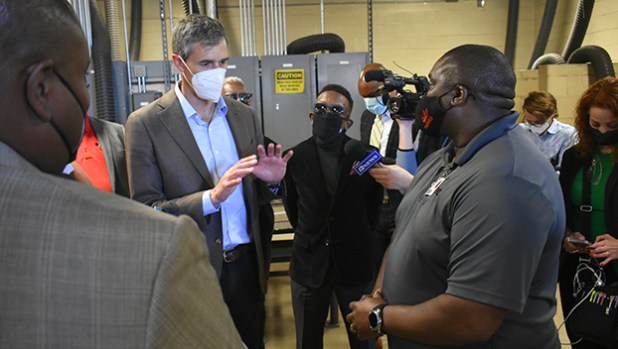 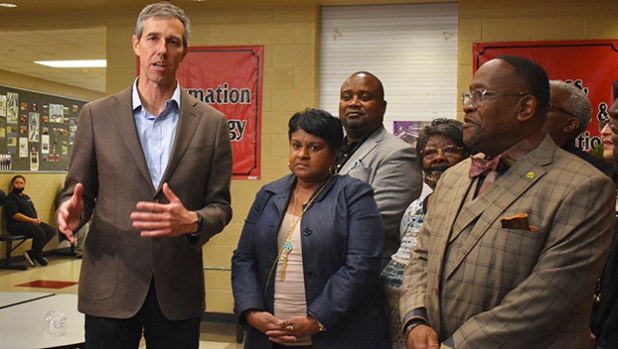 O’Rourke, left, speaks with media in the commons area of the CATE building. To the right are Beaumont Mayor Robin Mouton and Port Arthur Mayor Thurman Bartie. (Mary Meaux/The News) 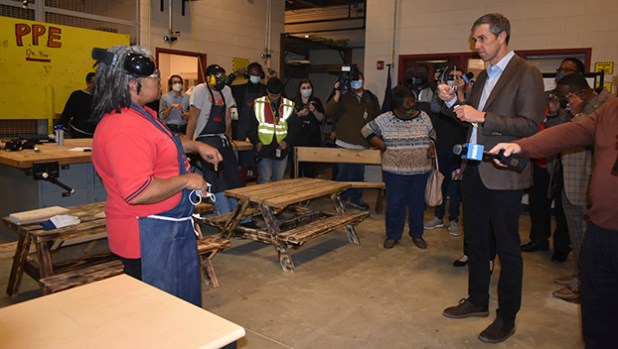 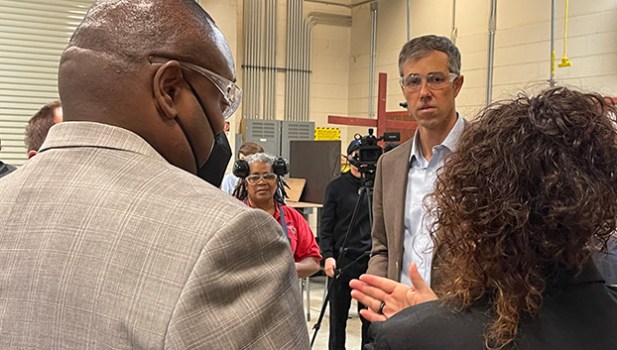 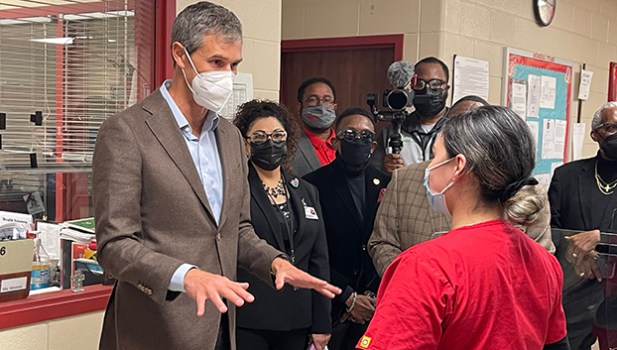 The gubernatorial candidate, who will face Gov. Greg Abbott in November after each swept their respective parties in the March primary election, was in town to discuss the improvement of technical education throughout the state, as well as his ideas for technical training and trade programs.

“What I see right here in Port Arthur is the leadership and innovation that meets that challenge,” O’Rourke said to a crowd of school officials, city leaders, county leaders, elected officials and members of the media. “We’re not waiting on anybody else to save the day. No one’s relying on a handout. You’ve got hardworking students and extraordinary educators who are meeting the challenge.”

“He was extended an invitation by yours truly, and he accepted,” Bartie said. “It wasn’t a surprise. But I had to put it into action. I made some phone calls that came to pass.”

The mayor, who stood alongside Beaumont Mayor Robin Mouton, said the invitation was also offered to Abbott.

Referencing Mouton and Beaumont, he added, “What we know is that we have similar situations in Southeast Texas. And you see one of the main industries here is being taught in this building.”

While at the school, which followed a visit to City Hall, O’Rourke toured departments that offer nursing, carpentry, welding and automotive certifications for high school seniors.

“We saw people who are earning their welding certification and other high school skill certifications that are going to allow them to make $20, $35, $40 an hour right outside of high school without having to go to college,” he said. “That’s pretty exciting and it’s happening right here in Port Arthur.”

Texas recorded record employment rates in December, according to the Texas Workforce Commission. However, the Beaumont-Port Arthur metro region logged the second-highest rate in the state at 7.2 percent. This falls just under the McAllen-Edinburg-Mission area, which saw 7.8 percent.

“One of the challenges we have in El Paso, my hometown, and in many other communities across the state of Texas including here in Port Arthur is how we get our young people to stay here or to come back here if they have moved away,” O’Rourke said.

Some students, such as John Pitre, voiced their plans to work in Southeast Texas.

Pitre, 18, will graduate with his welding certification. He spoke with O’Rourke as he worked, the two discussing the senior’s plans for the future.

“We’ve got plenty of refineries and places I can work,” Pitre said.

Before leaving, O’Rourke commented on the commitment shown by local leaders.

“This is something where I see the school board, the superintendent, the mayor, the city council, the community working in concert to afford more options, more job opportunities for young people to have a reason to stay here,” he said. “And that’s going to make this community that much more successful in the long term. That’s going to make Texas that much more successful over the long term.”