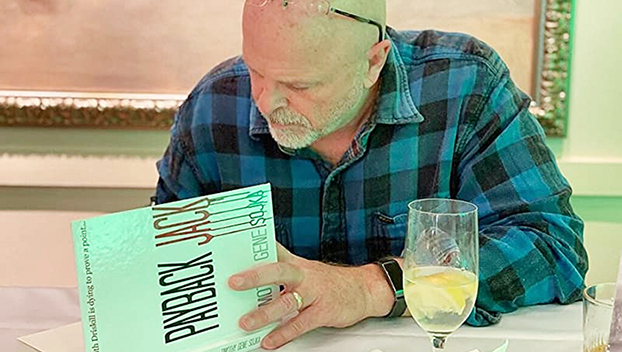 Southeast Texas native and author Tim Sojka is releasing his latest novel “Politikill” March 17, a fictional thriller with major settings in the Golden Triangle and Houston.

The narrative touches on political corruption happening across the U.S.

Sojka said the major reasoning of picking SETX as the setting comes from a love connection with the area fostered as a child.

“I grew up in the Golden Triangle, in Silsbee, Texas,” he said. “So, to us, Port Arthur and Beaumont were like the big city. Houston was like Disneyland. That whole area, Silsbee, Beaumont, Port Arthur, Orange, it’s just part of my heart. So, I know the strengths of the area, and I know the challenges of the area.

“To a degree, you feel like you’re always getting pulled back home, even though I haven’t lived there in years. Because I spent all my childhood in the Big Thicket and the piney woods, there’s just a pullback there. There’s kind of a love affair with it from afar. When you’re a small-town kid, going to those towns is like going to the big city, going there to eat, going to pick out your furniture at Conn’s, little things like that.”

The idea to include the settings of Port Arthur and Silsbee came from Sojka’s vision of finding the strangest place for the plot to unfold.

“And what the book is really about is even if someone was under the threat of death, could Washington honestly run? So, what I try to do is — so you have Washington DC. What would be the strangest place for the person to create that kind of disruption, what would be the strangest place for them to come from? And that led me back to Silsbee. And that area, which is a good portion of the book, is based in Silsbee.”

“Politkill” will be available March 17 on Amazon, Barnes and Noble and Walmart.com.

Sojka said his last book, “Payback Jack” referenced Port Arthur, but this book has SETX at the center of the plot and storyline. Sojka added he chose Silsbee as a landing spot for his British character to add to the strangeness. 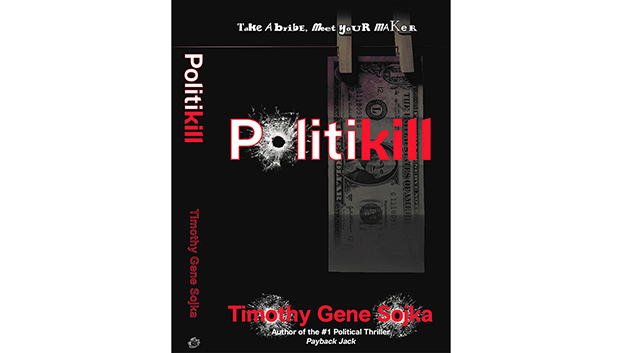 “Politkill” will be available March 17 on Amazon, Barnes and Noble and Walmart.com.

Sojka chose the Golden Triangle area for the book’s first kill due to the industrial nature that Sojka said opens up the possibilities for corruption.

“There was a corrupt politician whose home base was in the Port Arthur area, and that was her (Gertrude’s) first kill,” he said. “So, it all started in Port Arthur.”

The book means a lot more to Sojka due to this.

Sojka first got the idea for the book from ABSCAM, an FBI sting operation in the late 1970s and early 1980s that targeted corrupt politicians.

“So, when I was much younger, there was this famous sting operation where corrupt politicians were caught,” he said. “I remember thinking to myself, ‘Well it’s neat that the government’s doing something to stop government corruption, but what if a private entity or a person did that instead?’ ‘What would it look like?’ So, I had that idea in my 20s and it ruminated in my head for some time.”

Like other things in Sojka’s novel, he wanted the execution of the idea to be done in an interesting way.

“Anytime you write a novel, this is my second, you have to come up with the perfect person to drive the action,” he said. “What would the person that drives the action looks like? And I’m like, ‘Wouldn’t it be interesting if she was a teacher, like a political science teacher, and she saw that what was going on was wrong? And what if her life was so screwed up that she decided to actually try to do something about government corruption?’

Sojka said while the book is inspired from the sting and his own thoughts about government corruption, the story is also based on historical ideologies that go back to the United States’ founding fathers.

“The book really comes from a political standpoint from our founding fathers that they never intended for there to be career politicians,” he said. “It was never something they thought about. And people go, ‘Well, there’s nothing against it in the constitution.’ And they’re absolutely right. The constitution has nothing against our politicians. That’s because our founding fathers could never foresee a situation where people would go to Washington and stay there.

“Our founding fathers had successful businesses when they went to serve. They looked at it like a military assignment. Almost like, ‘this is something I have to do for my country to make my country better and then after six years, I got to go back and run my business.’”

Sojka said his book is really about “the toxin that is career politicians.”

Nevertheless, Sojka’s ultimate goal is to educate readers on how governments operate so they can make decisions and form opinions for themselves.

“They’re in for a great soap opera or a great thriller of a book,” he said. “I think a book has to be entertaining first and then you have to leave the book with something of value.”