PHOTO GALLERY — Port Neches-Groves grad, author walks the path of heroes. See how to get the book. 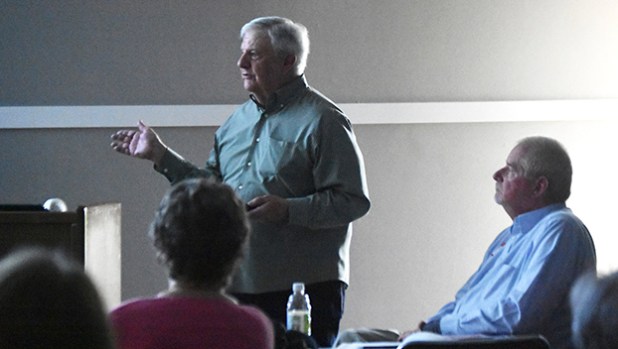 Henry Bodden, left, speaks on his book “In the Footsteps of Valor, a Personal Pictorial Diary of WW2 Then & Now,” as Charlie Jehlen listens. Bodden made the presentation to the Mid-Jefferson County retired School Personnel Tuesday. (Mary Meaux/The News) 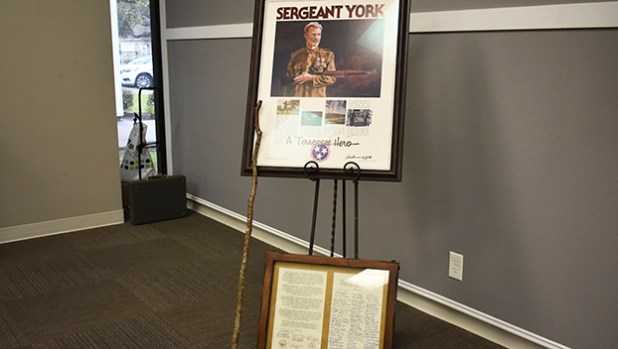 A movie poster from Segeant York that was signed by the son of the actual soldier and given to Bodden. (Mary Meaux/The News) 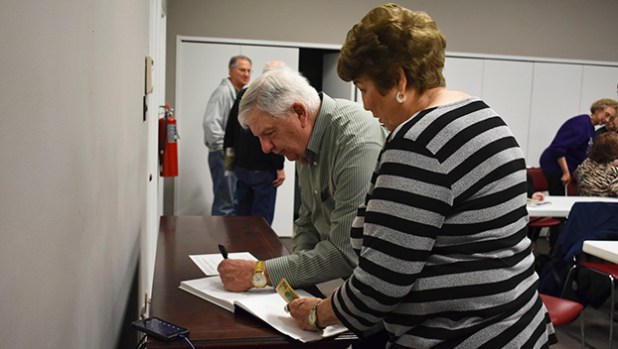 Henry Bodden signs a copy of his book for Linda Pinner, a retired Nederland High School teacher who's husband and his five brothers were in the Navy. (Mary Meaux/The News) 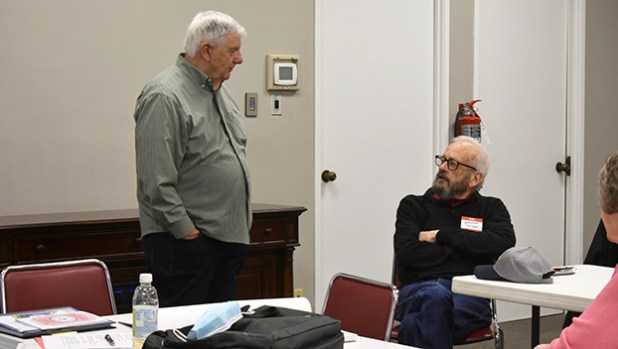 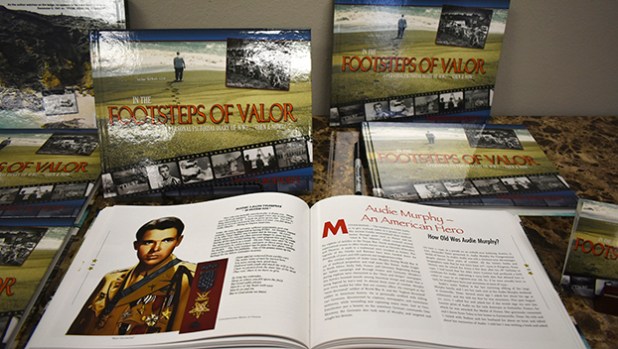 Henry Bodden’s book “In the Footsteps of Valor, a Personal Pictorial Diary of WW2 Then & Now.” Boden is a 1960 graduate of Port Neches-Groves High School. The book is available for purchase by contacting hebodden@gmail.com. The book will also be available at the Effie & Wilton Hebert Public Library in Port Neches. (Mary Meaux/The News)