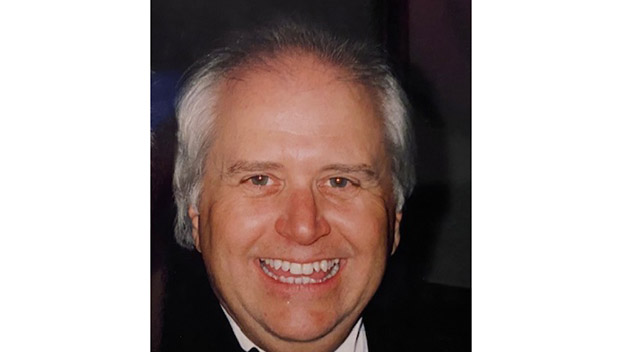 The family of Philip Charles Eldemire, with great love and affection, announce the passing of their most beloved husband, father, brother and friend.

Those who remain to cherish his memory include his devoted wife and children.  Charlie’s wife, Louanne, was the love of his life, his soulmate. They shared adventures, worked hard, played hard and created homes where family and friends were always welcome.

Charlie was a father full of fun.

Robyn and Robert attribute their love of life to their father. Robyn’s outgoing personality and sense of adventure and Robert’s love of hunting, fishing and cooking are a reflection of their father’s influence.  He was their hero, their mentor, their confident. Also, loved by Charlie as if they were his own, are Jessica, Lauren and Phillip.  Their love for Charlie is wide and deep.

An amazing man entered their lives and they are the better for it.  His humor, loyalty and love created an environment where affection, trust and compassion grew abundant.  Along the way,  precious grandchildren added to his joy.

Lily, Parker and Barrett sure do love their Papa Charlie. Included in those close to Charlie are Robyn’s fiancé Clay, Jessica’s partner Casey, Lauren’s husband Josh, and Phillip’s fiancé Nicole.

Charlie was also a deeply caring brother to Phyllis, who has passed; Linda and her husband, Mike; Ronnie and his partner, Gina. Their love for Charlie is everlasting. His Uncle Philip Coburn Eldemire, who was like a father to him, loved Charlie as a son.

Charlie always looked forward to visiting him and hearing stories of the Eldemire family. And it was always a special treat to visit Aunt Nelvie and Uncle Bruce Eldemire, who recently passed, in Little Cayman. Also having a loving bond with Charlie are his nephews Todd, Steven, Chuck, and niece Alex.

His in-laws, David and Debi became close, offering spiritual guidance and peace during difficult times. Barry and Suzanne shared his love of the Pacific Northwest. What an abundance of love in this truly blessed family.

Charlie is the son of the late Philip Dorson and Gunda Eldemire. His mother, with her steadfast love, created a home where magnificent childhood memories were made. His father taught him the importance of providing for his family.

Charlie graduated from Thomas Jefferson High School, Port Arthur, TX in 1973. He attended Lamar University in Beaumont, TX where he pledged Pi Kappa Alpha. He often gave his fraternity the credit for motivating him to study and graduate.

Those days with his fraternity brothers created memories and strong bonds.  Charlie was said to have been the glue that held these friendships together, these band of brothers. During college he held down three jobs, mowing lawns, bartending at the Port Arthur Club and working at Fred Millers Hardware.

After college he was on to bigger things, thanks to a fateful job interview giving him the opportunity to become a financial advisor at EF Hutton. During his 43 year career in financial services, he had many achievements including the position of Managing Director at UBS.  Raymond James, where he took a position with the goal of bringing dedicated advisors to a firm in which he believed, is where he chose to spend the last days of his career.

He also had another band of brothers as he moved up in his career. Bound together in the trenches with market fluctuations, management changes, and, of course, award trips, friendships were forged.

His antics well known, his personality well loved, and his recruiting…well, legendary. He touched the lives of so many in his career with his knowledge and guidance. There were two things that were well known about Charlie…his word was his bond, and he made 37.5.

The Eldemire Family would like to extend many thanks and the greatest appreciation for the love, kindness and prayers shared. These meaningful gestures gave Charlie such joy and peace in knowing he had a positive impact on so many people. Thank you to the Mendenhall family for their help in obtaining medical treatment and providing a place for us in Houston.

In lieu of flowers, please consider a donation to Pancan.Org Information regarding a memorial service will be forthcoming.