GROVES — Despite some crimes seeing an increase, Groves saw an overall drop in crimes during 2021.

“Across the country, apparently the numbers are down in almost all cities,” Reynolds said. “One of the conclusions people come to is that, with the lockdown and businesses closing and everyone locked in their houses, maybe the criminals didn’t have as much opportunity as they wanted. On top of that, it might speak to how people are reporting crimes or if they were reporting like they normally do.”

While the crime numbers as a whole are trending down, there was a spike in sexual assaults from six to 17 after an average of eight per year over the previous nine years.

The city council inquired about the rise, but the department believes the number could be a statistical anomaly. Sexual assaults are widely the most underreported crimes in the country.

“It is a tough question to answer,” Reynolds said, regarding the cause of the spike. “It could have to do with the pandemic. It did increase. In each of these offenses in 2021, the victims knew their assailants. They weren’t being accosted in a dim-lit parking lot or anything like that. That is what makes it hard to reduce those numbers.”

Groves City Manager D.E. Sosa said he is pleased with the overall drop in crime.

“We don’t know exactly what impacted it but we are very happy to see it,” Sosa said. “That is a huge decrease… I can’t give (Reynolds) enough credit. We almost always stay one or two officers down. The labor market is crazy now. It has always been hard to find good officers. It seems like there is always at least one opening.”

Reynolds said he is proud of the work his department has done.

“We had a good report,” he said. “I am really proud of the men and women in our police department.” 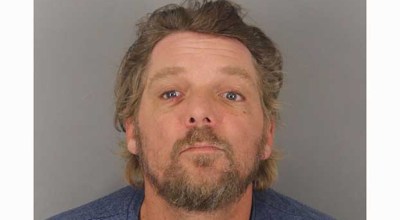