BOB WEST ON GOLF — Family Golf Week is something worth considering 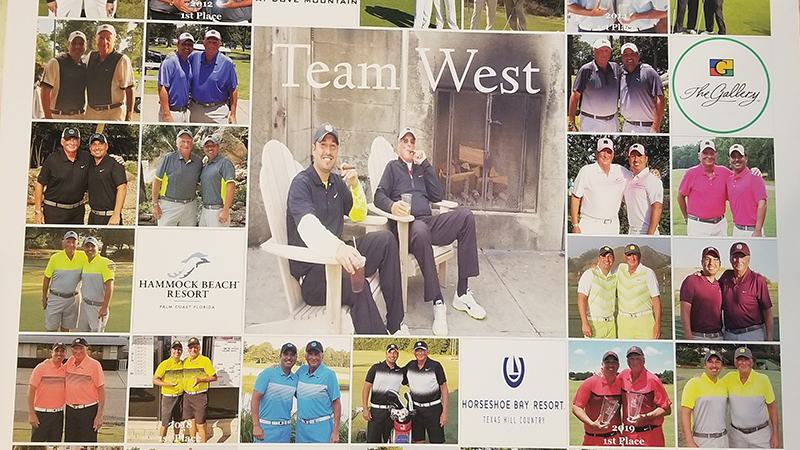 A collage of the Grayson West and Bob West. Courtesy photo

Take it from some guy named Tiger, who has enjoyed his fair share of unforgettable experiences on golf courses around the world, there is nothing quite as special as playing in a father-son competition.

Woods emphatically underscored that belief after painfully limping through 36-holes with 12-year-old Charlie last December in the PNC Father-Son championship. They had just posted a 15-under-par 57 to finish second to John Daly and his son, and old dad couldn’t stop smiling.

“To have this opportunity to be able to play with my son, and to have these memories for us for a lifetime, was worth all the pain,” said the man with 15 major championships and no idea when he’ll be able to play competitively again. “We had the best time ever. The whole day, the whole tournament was a blast.”

As one who can totally relate to what Woods was saying, today’s topic is to expound on the virtues of father-son, father-daughter or any form of parent-child golf tournament. Arguably, I’m an expert on the subject since youngest West son, Grayson (41), and I have played at least 20 of them from Florida to Oregon, from Texas to South Carolina.

I even wrote a story on the subject for Golf Insider magazine in Myrtle Beach. The crux of my case was this paragraph:

“The appeal for father-son tournaments is fairly obvious. It’s about bonding, bridging generations, camaraderie and, in some cases, rekindling relationships that may not be as close as they once were. Time, distance and sons trying to make their own way in distant cities can create a void.” 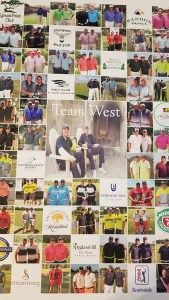 Bob West and his son Grayson West have played at least 20 of them from Florida to Oregon, from Texas to South Carolina. Courtesy photo

That was written after our first trip in 2015 to what is now called Family Golf Week in Myrtle Beach. We have gone back every year since and signed up for 2022 as soon as the entry form was e-mailed in December.

As good and unique as all our other father-son experiences have been, this one, run smoothly and professionally by East Coast Golf Events, has become our favorite. Our only complaint is they seem to have done away with the Best Dressed Team award we dominated.

What I’d really love is for some of you reading this column to join us in Myrtle Beach the week of July 10-16. The actual tournament is July 14-16 but it’s wise to go in at least a day early for a practice round.

The tournament itself is three rounds in three days on three of the eight courses in the tournament rotation. You play a different format each day, with teams flighted by combined handicaps. You can’t lose. But there will be so many ways you both win.

Teams come to Myrtle Beach from all over to participate. As of last week, the field was closing on 400 teams, with players ranging in age from 9 to 80. South Carolina was the early leader with 96 teams. North Carolina was next with 92, followed by Georgia with 49, Ohio with 40 and Florida with 32. There is even a couple from Canadian provinces.

One of the most special aspects of the event, as we quickly learned, is the people you meet and get paired with. Our first year led to a practice round with a couple of chaps from London named Martin and Andrew Lawrence. What a pair. We loved the British dialects and had no doubt they were intrigued by the Texas drawls. We still stay in touch.

While the week is all about spending time with your son/daughter, etc, and making new friends, the bonus is experiencing Myrtle Beach. The city bills itself as the golf capital of the world and for good reason. There are roughly 100 courses in the immediate area, and it seems some sort of national tournament is often being staged. Golf is king in this city.

Oh, yes, and the beaches are nice.

Meanwhile, I will let Grayson have the last word from a son’s perspective.

“Playing in father-son tournaments with my dad has created memories to last multiple lifetimes. Any golfer who has never experienced this kind of competition with a son, a daughter or a parent should put it at the top of their bucket list. In my opinion, there is no other golf experience like it in the United States.”

MONIQUE BATSON — What happens in a newsroom during a storm so you can stay informed?

THE MOVIE GUY — A “Hellraiser” sequel that’s worth watching.