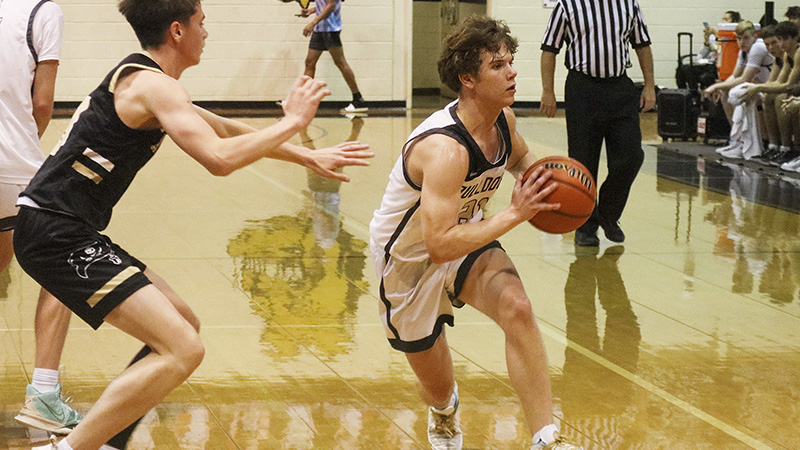 NEDERLAND — The Nederland boys basketball team erased a nine-point deficit late in the fourth quarter against Angleton to advance to the third round of the state 5A playoffs.

The Bulldogs now take on district foe Crosby Tuesday evening in the Regional Quarterfinal round. Tipoff is at 7 p.m. at Barbers Hill.

A late go-ahead free throw by Charles Olsen gave the Bulldogs the final point in a 64-63 slugfest Friday. Nederland was down nine points with 3:33 left in the game.

“I don’t think that we had four players score in double figures in a game all season,” Head Coach Brian English said. “The kids really stepped up Friday and we are going to need it again Tuesday. We didn’t play great. We had a lot of turnovers, but they just found a way to win.”

Nederland is 0-2 against Crosby this season. Crosby finished second in the district with its only two losses coming at the hands of Beaumont United.

“We have to slow them down,” English said. “They have one of the best players in the state of Texas. They have big kids. They have shooters and they don’t have any weaknesses. We just have to go out and play better against them. We feel pretty good about it. We are going to come up with some different things to try and do to them.”

Nederland has not been to the third round of the playoffs since 2014.

“I told the kids to not take it for granted,” English said. “Not a lot of teams get to do this. They should enjoy the moment but also be prepared for the next game.”

English is happy to be back.

“It has been a long time coming,” he said. “We had lost some close games in the playoffs and just couldn’t get over the hump. These last two games, the kids just went out and go it done.” 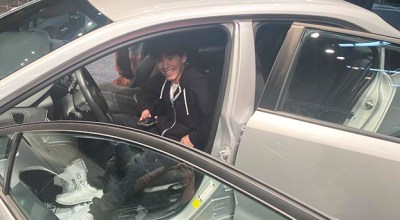 Perfect attendance, some luck of the draw earns this local student a free, new car

Jason and Amber Dickerson’s fitness journey led to This…