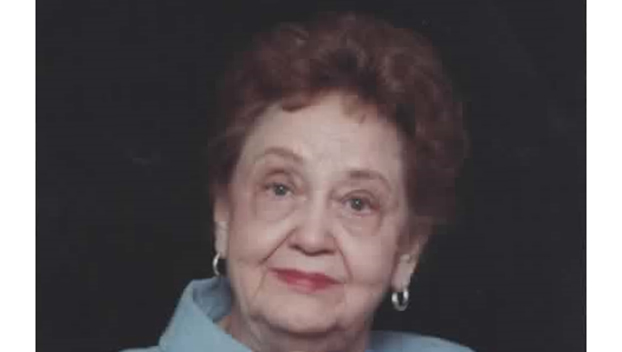 Alma Burge, a lifelong Texan, passed peacefully from this life to the arms of her heavenly Father February 26, 2022, in McKinney, Texas.

She was born May 25, 1927, to Albert and Ellen Mae Gibson in Durango and lived her formative years in Lott.

In 1946, she married Raymond Miller in Waco. Two years later they moved to the Port Arthur area. Alma was a devoted wife and mother who always enjoyed having their daughter’s friends in their home.  Raymond, a Port Arthur business owner, passed away in 1995.

Alma was a longtime member of First Baptist Church-Groves.  She served as a board member of the Groves Senior Center for several years and loved playing dominoes with friends at the center. She was a resident of Groves for 69 years.

In 2001, she married Eddy Paul Burge. Together they established a very loving and supportive home.  After 16 years, they moved to the Dallas area to be closer to Alma’s family, first living in independent living and then, in August of 2021, they moved to The Ivy of McKinney assisted living.

Alma was preceded in death by Raymond Miller and two brothers and five sisters.  She is survived by her husband, Eddy Paul Burge of McKinney, daughter, Dianne McCall (Tom) of Frisco, granddaughter, Nikole Hunt (Jon) of Granbury and great grandsons, Branden, Braeden, and Reece Hunt, and step-son, Kenneth Burge of New Braunfels.

A graveside service will be held at 2:00 on Wednesday, March 2, 2022.  at the Cego, Texas cemetery and officiated by Rev. Charlie Robinson of Belton.

The family would like to thank the staff at The Ivy of McKinney and Monarch Hospice.