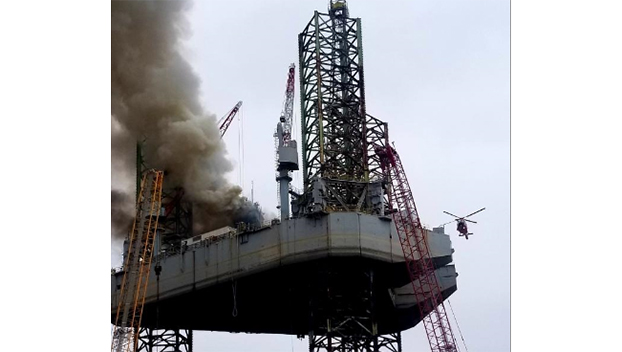 Nine people trapped on the platform of a burning rig in Sabine Pass Thursday were rescued and not injured despite being aboard during an explosion.

Authorities were alerted to the scene when a motorist called 911 at 12:35 p.m. Thursday.

“It was a good example…of everybody working together to get these individuals off this thing and help minimize risk,” Benson said.

The people were rescued one at a time by Coast Guard helicopter.

PAFD conducted a fire watch at the site Thursday night.

“Because the platform is approximately 300 feet up in the air and there’s no way to access it, we can’t extinguish the fire,” Benson said. “We are going to have a two-person crew keeping an eye on it in case something else ignites. The fire should burn itself out. But how long that will take, we don’t know.”