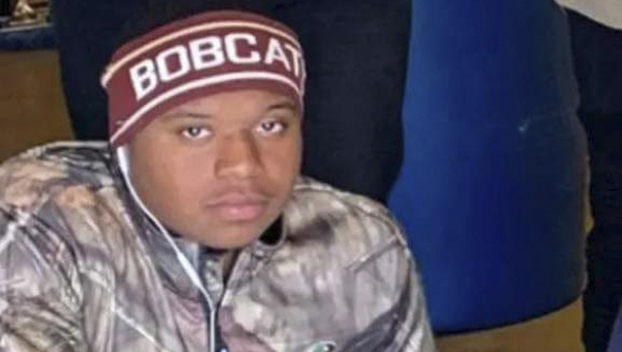 Taylor Getwood said the recent shooting death of Christopher Thomas Jr. has been felt deeply by his classmates.

Getwood, a 2020 graduate of Woodrow Wilson Early College High School, knew Thomas since approximately the 9th grade. While the two weren’t close, he described Thomas as a breath of fresh air and someone who always had a smile on his face.

“This has taken everybody aback, as a surprise,” said Getwood, who sits on the Port Arthur Independent School District Board of Trustee.

Getwood said Thomas was a year ahead of him in school and had played football for Memorial High School.

“This definitely took us by surprise. It’s really hard to believe it,” he said.

Thomas, 20, was found in the 400 block of West 53rd Street at approximately 8:32 a.m. Friday after Port Arthur police received a call regarding a deceased person.

His body was in the El Vista area. Police are not releasing whether the man was found in a house, vehicle or elsewhere; nor have they said how he was found.

Port Arthur Police Det. Mike Hebert said the case is very fluid and he can’t discuss any other details.

Thomas’ shooting death marks the fourth killing in the city so far this year, and two of the victims were in their early 20s.

From Getwood’s perspective, there needs to be more activities for youth —karate, kickball, Bible study — to “get back to where we used to be.”

He hopes to see options and a multitude of organizations help meet the needs of the city’s younger residents.

“It will take churches to step up, it will take schools to step up, for each of us together to keep accord and to keep from going where we’re going to now,” Getwood said.

“It will take a group effort. More importantly it will take youth to listen and to understand,” he said.

Port Arthur Mayor Pro-Tem Donald Frank has the same concerns about the fourth killing in the city as he did with the first one, as any life is too precious to lose.

Frank said the death of Thomas shines a bright light on the fact that parents, educators, churches and the community have a responsibility to ensure young people have a viable opportunity for working and a foundation that supports them in all of their pursuits — whether they go to college or find gainful employment.

“When we lower the unemployment in our city, I think we will see our young people don’t have time to participate in some of the activities that cause them to be in these situations,” Frank said. “It’s a city situation, but not just in Port Arthur, Texas. This is a national crisis.”

The violence in the city began early this year with the Jan. 12 stabbing death of Lawrence Ozane, 53, in the 1900 block of 3rd Avenue. His girlfriend, Phyllis Gipson, 61, was arrested at the scene. A relative of Gipson described their relationship as toxic and said Gipson acted in self-defense.

Marcus Freeman, 34, was found shot to death in his vehicle at Normandy Apartments on Jan. 21.

James Botley Jr., 20, died after a shooting outside Encore Apartments on Jan. 29.

As of early this week, no arrests had been made in the latter two deaths.

Services for Thomas are pending with Gabriel Funeral Home in Port Arthur.

People with information about these crimes can call Crime Stoppers of Southeast Texas at 409-833-TIPS. You won’t be asked your name and you may be eligible for a cash reward. You can also make an anonymous tip to Crime Stoppers by downloading the P3 Tips app on your smartphone.