Port Neches-Groves comes out swinging on the season 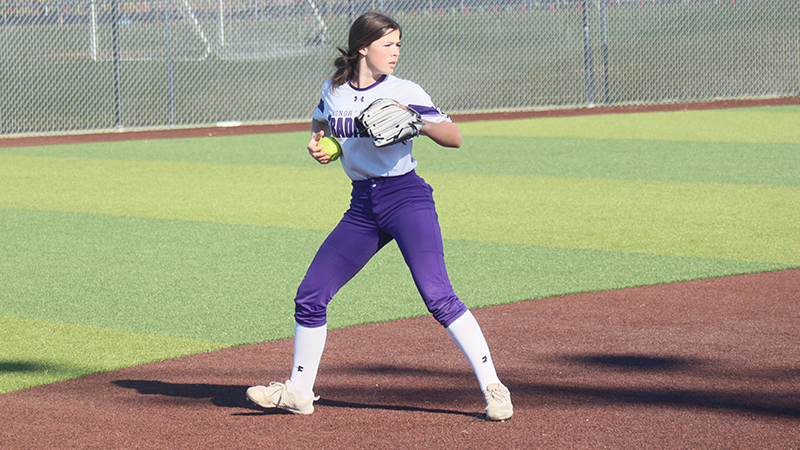 The Port Neches-Groves softball team is off to a hot start with a dominant performance in a Crosby tournament over the weekend.

The Indians finished 4-0-2, beating West Brook 25-0 and Splendora 10-0. The two ties were due to time restraints in the tournament.

Shortstop Vivien Thames is happy with how the team is playing.

“We are all getting along so well, and everyone on the team is settling into their skills for the season,” she said.

While the team is playing well in all phases of the game, Thames said the team could do better by adjusting against tougher pitchers.

“That is just us striving for perfection,” she said.

Head Coach Taylor Harvill said her players have done everything needed to do. “Their bats have really come around,” she said. “They have been working really hard on it and it shows.”

Harvill said her team has been special because of how willing they have been to buy in and do the “little things.”

Through six games, the Indians have recorded nine homeruns.

“There were a few who do always hit (homeruns) in practice; there were a couple that have surprised me and really shown up in the lineup,” Harvill said. “I really can’t ask for anything more.”

The coach said the upperclassmen are leading the way for PNG early in the season.

“They are stepping up on the field and in the dugout,” Harvill said. “No matter what they are doing, the energy is up and they are holding each other accountable. They are paying attention to detail.”

PNG hosts a tournament this week that runs Thursday through Saturday.

“I am so happy to be able to play at home and see this amazing team we have built,” Thames said. “Before this last tournament, I knew we had the heart to play as good as we have, but the Crosby tournament was the first time I have seen it all come together. It has honestly given me goose bumps. I am excited to see how much further we can go.”