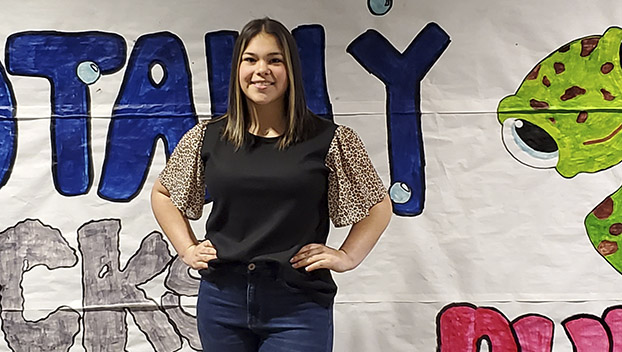 PORT NECHES — An incident in her family involving a drunk driver has led Makenzie Philen toward an interest in criminal justice and likely a career path in a related field.

In 2006 when her mother was pregnant with her, her father was under the influence while driving when he caused a wreck and fled the scene, she said. 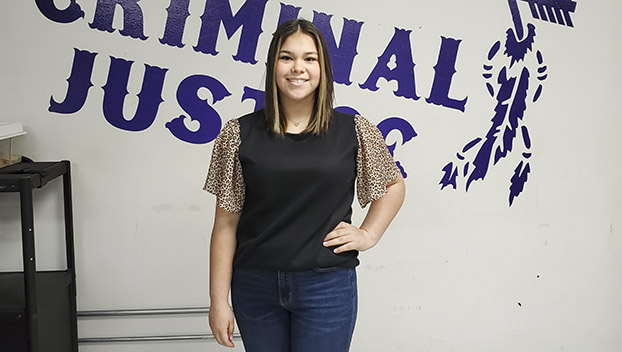 Makenzie Philen is a member of Port Neches-Groves High School Criminal Justice Club and is an ambassador for Crime Stoppers. (Mary Meaux/The News)

In fact she hasn’t seen her father and doesn’t know where he is. She said he’s “on the run.”

“Growing up without a father, well I have an amazing family, they help a lot,” she said. “I’ve always wondered why I didn’t have a dad as a kid when I was little. Then my mom finally told me and I was kind of relieved that he wasn’t in my life. But I also knew I really wanted to help other people in that position.”

Philen, a freshman at Port Neches-Groves High School, is a student ambassador with Crime Stoppers and one of 12 students statewide chosen for the designation. Though she’s relatively new to the organization, she is excited to begin her work.

Philen would like to see some form of a criminal justice group or Crime Stoppers group available in the lower grades. She said if they would have been available it would have helped prepare her for the classes now.

The ninth grader has been interested in becoming a doctor and now she also wants to be involved in criminal justice, perhaps as a pathologist or medical examiner.

Jon Deckert, director of student activities, said Philen has an affable and infectious personality. He believes she will continue through the next four years to be a leader of her class.

“PNG is extremely proud of her accomplishment of becoming an ambassador with Crime Stoppers,” Deckert said.

In addition to criminal justice, Philen is also a member of the Key Club and has been a dance student at Debbie’s Dance since she was 2. She plans to try out for Indianettes this year.