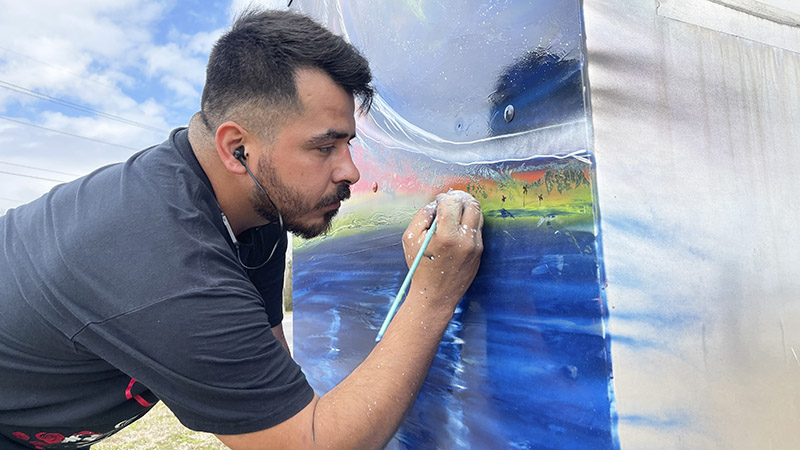 Carrington Salgado was singing along to the music in his headphones Wednesday as he painted on a light box at the corner of Twin City Highway and Hogaboom Road.

The 27-year-old who loves traveling has lived in Port Arthur most of his life, but was born in Galveston.

And his story is almost told by the box itself, which depicts a beach scene in front of mountains. 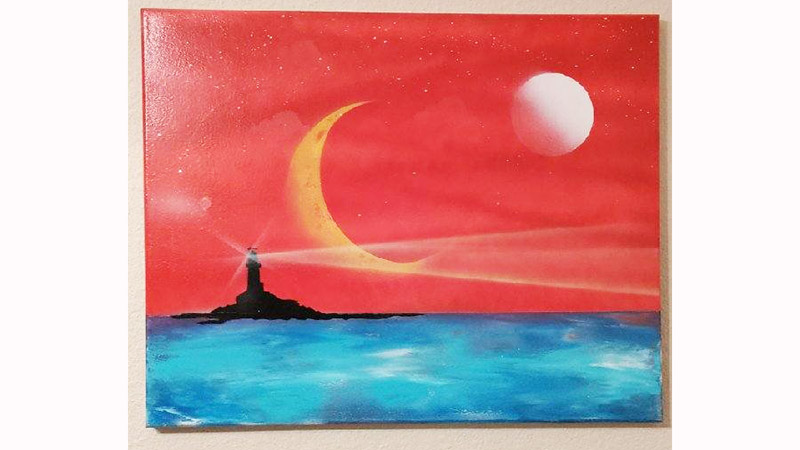 The Port Arthur resident started painting with acrylics and has worked his way up to murals. (Courtesy photo)

One would likely never guess that he just learned to paint three years ago.

“I had been painting with acrylics, and I wanted to get into a more controlled medium,” he said. .”I started finding different artists that were big inspirations to me. I started following all of them (on YouTube), and that’s what led up to this. I never saw myself even being able to paint boxes.”

But the one he worked on Wednesday wasn’t his first.

That honor belongs to the box on 9th Avenue in front of the Port Arthur Social Security Administration Office.

And art is something the Port Arthur Convention and Visitors Bureau often directs visitors to. A section on the organization’s website devoted to arts and culture details multiple places in the city to find unique work. 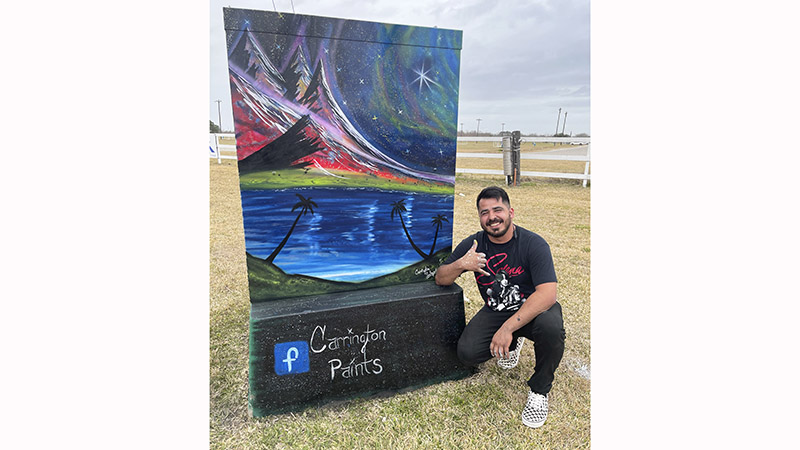 A lot of Salgado’s paintings, whether on boxes or canvas, incorporate a beach theme. But ultimately, his goal is just to help people relax.

“Sometimes we get caught in our day-to-day lives,” he said. “It gives people something to look at for a moment — even if it’s just for that one moment.”

He’s now in the planning stages for several murals. And one day, he hopes to have his own studio.

“That would be a big plus, for sure,” he said. “Right now I’m taking it day by day and loving every minute of it. It’s very therapeutic.”

As he works to hone his painting skills, he’s also making connections in the art circuit.

And one just happened to walk up to him Wednesday afternoon as he was painting, and introduced himself. The man, who lives in San Antonio, is in Port Arthur for work, and is also a painter. After showing Salgado some of his work, the two exchanged phone numbers.