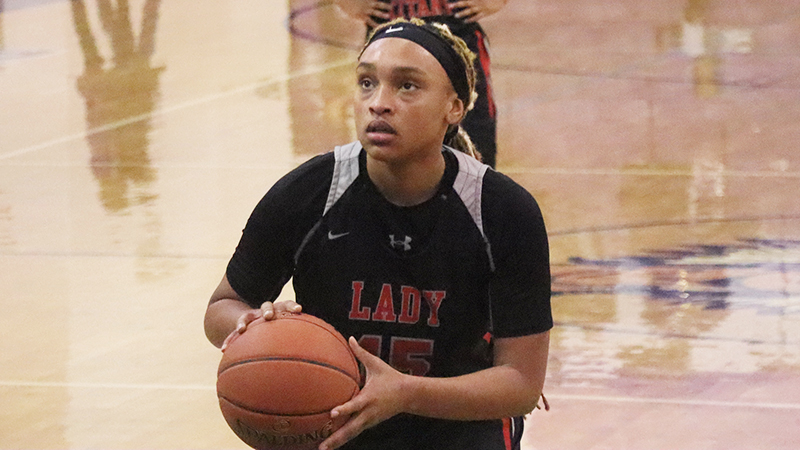 While the Memorial girls basketball season came to an end in the first round of the 5A playoffs this week, Head Coach Kevin Henry sees the season as a success.

The Titans broke a playoff drought and return all but one player for next season.

Memorial fell to La Porte 53-42, mainly behind a poor shooting night for the Titans.

“I thought we played well,” Henry said. “We competed well. We just couldn’t get shots to fall.”

The first quarter ended with a 6-6 tie, but the Titans scored only one point in the second quarter and went 1-10 from the free throw line in the first half.

“We missed a lot of high-percentage shots,” Henry said. “We missed little put backs. They built a little lead on us. We made a couple of runs in the second half but couldn’t quite get over the hump.”

Henry said La Porte got the lead up to as much as 20 points in the fourth quarter. Memorial was able to get the score down to within nine points.

The coach hopes his student-athletes understand their potential as they look forward to next year.

“Only one of them had playoff experience prior to (Tuesday),” he said. “That was Charnell Jones and she was in the playoffs in Sabine Pass. All of the other young ladies had their run at it. With us only losing one player in Erial Fontenot, hopefully the other girls gain the experience and know what it is about. We will approach the offseason with a different mindset and be ready to compete next year.”

Athletic Director Brian Morgan said the 2021-22 campaign is a really good sign for the future.

“Going to the playoffs is good, but he only has one senior, so that was a young team,” Morgan said. “They really battled against La Porte. They played hard and that was good to see. The future is really bright for them.”

Henry said the team will go as far as the work put in by players during the offseason dictates.

“The girls played hard,” he said. “They are always going to play hard. I am very proud of them. We had a very slow start to the season. We were able to overcome and learn some things. We were able to change our path. As long they are ready to come in and work harder than they did before, the sky is the limit for us.”