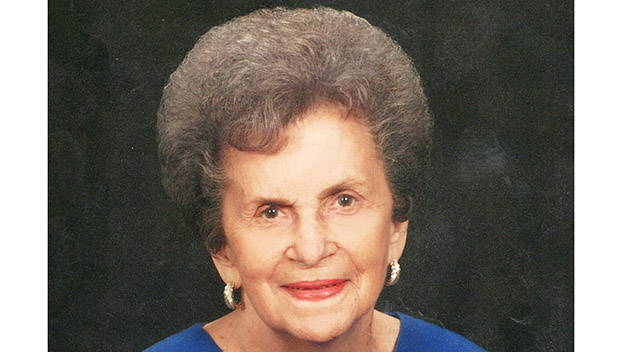 Mrs. Machann was called to her heavenly home of February 13, 2022 at Huntington Health and Rehabilitation.

Edna was born in Hedley, Texas on September 24, 1925 to William Nelson Boyett and Ora Mae Griffin Boyett and was raised in Sabine and San Augustine counties.

She worked at St. Mary’s Hospital in Port Arthur, J.D. Evans Real Estate in Port Neches, and as a realtor for Kirksey Real Estate in Zavalla, and was involved in several civic organizations over the years.

She was always dressed and ready to go just in case someone dropped by, and most times, not really caring about where they were going. She loved playing 42 and spending time with friends and family. She will be sorely missed by all who knew her.

The family will welcome friends and loved ones from 6:00 to 8:00 p.m. Friday evening at Carroway Funeral Home in Lufkin.

Memories and condolences may be added at www.carrowayfuneralhome.com.