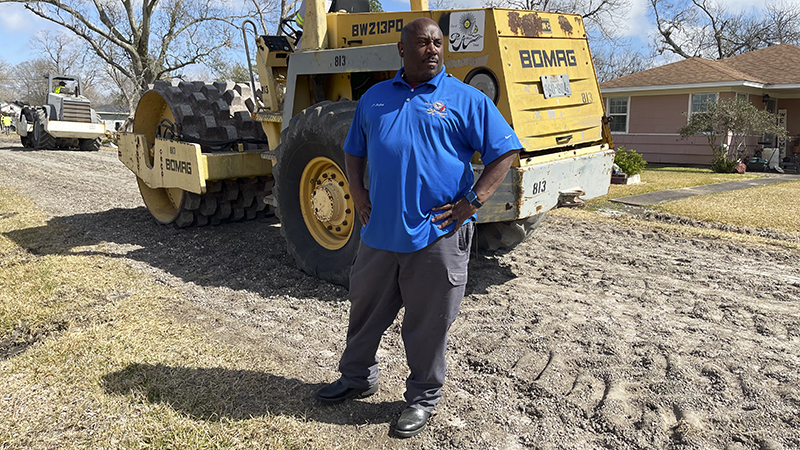 A $60 million street improvement program passed in 2018 is still underway, but undergoing a thorough review as city staff, councilmembers and residents found roads in need of repair that weren’t initially identified.

At the time the project began, the city hired an independent contractor to survey the streets and present a recommendation.

However, councilmembers have been joining employees in the Public Works department, riding over each district to conduct their own surveys.

The councilwoman added they’ve been looking at the city comprehensively to create “a street plan that works for every citizen and not just the citizens in each of our individual districts.” 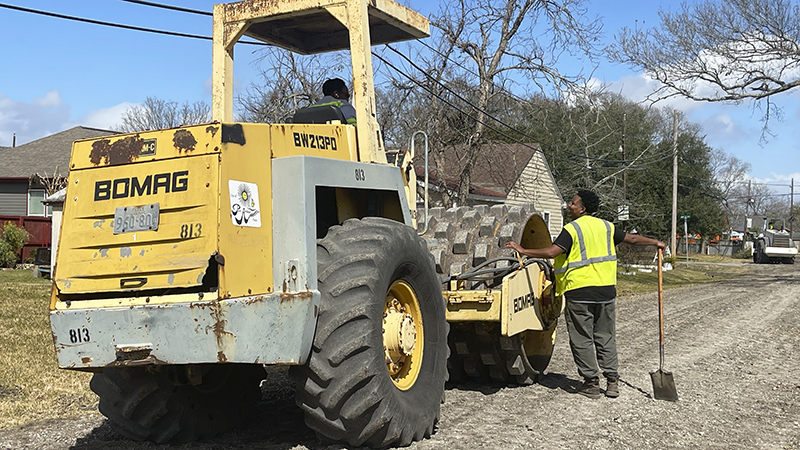 City staff are currently making a detailed list of all street repairs that have been completed, as well as those identified for construction. (Monique Batson/The News)

The comments came following a look at the streets up for construction in 2022, as presented to Council by Capital Improvement Projects Engineer John Cannatella.

But administrative work on the project has, in parts, had to start from scratch.

“This is a work in progress,” said Cannatella, who hired on with the city last year in the middle of the infrastructure plan designed to be spread out over 5-6 years. “Some of the problems I guess are more of a recording or accounting procedures. It’s reporting how they do their work and get it into the list, and that’s what I’m working on.”

The engineer said previous staff members had not kept an updated list of which streets had been repaired, causing the current department to again survey all progress.

Those statements were echoed by councilmembers.

“I really appreciate having the opportunity to ride with you guys,” Councilman Thomas Kinlaw said. “And we noticed some things with some deficiencies that we need to tend to. And I know you just recently got on board, but to have city employees to do streets and not have accountability of that, that was my major concern and I’m glad that you mentioned that…you will fix that procedure.”

Councilman Kenneth Marks said during his time riding with city staff, they identified multiple streets that needed priority, and are working to get input from residents to ensure none are overlooked.

“I know as councilmen we have all been bombarded by citizens who say, ‘fix my street, we need our streets fixed.’” Mayor Pro Tem Donald Frank said. “And we understand that that is something that needs to be done because that is part of the presentation of our city. Potholes need to be fixed, all of that as well. And I just want to continue to say that the job is being done for our citizens here, and thank you so much for being a vital part of that.”

City Manager Ron Burton said $13.5 million has been allocated to streets this year, and the goal is to have bids on construction out by April.

“The underlying part of it is yes, streets are being done,” he said. “Yes we are continuing to focus and putting an emphasis on getting those streets done. But we continue to improve the best practices that we need to put in place in order to report to you and to the public as to what we are doing.”