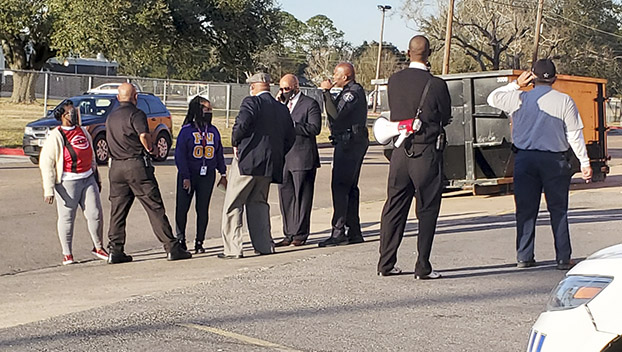 Port Arthur police were called to the area of 1700 Jefferson Drive at approximately 4:13 p.m.

On scene, investigators found two teens with gunshot wounds in the parking lot of a shopping center across from Thomas Jefferson Middle School.

There injuries were not believed to be life-threatening.

The alleged shooter, 17-year-old Jose Cortez, was not enrolled in the district.

“Once we were made aware of the incident, we immediately began implanting our crisis intervention plan and are taking…safety precautions” Friday, the statement said.

Jose Cortez, 17, was arrested and charged with aggravated assault with a deadly weapon. As of Friday morning, he was listed as an inmate in the Jefferson County Correctional Facility on two counts of the same charge. He is being held on bonds totaling $200,000.