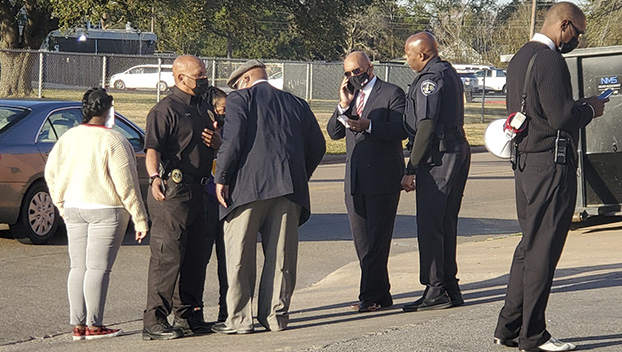 Multiple officers quickly responded and located two subjects who had been shot.

Both were taken to local hospitals and were being treated for their injuries as of 7:15 p.m. Thursday.

One suspect, Jose Cortez, 17, was located and arrested for aggravated assault with a deadly weapon.

As of early Thursday evening, police said Cortez was being taken to the Jefferson County Correction Facility for processing.

The shooting is being investigated by the Criminal Investigations Division of the PAPD.