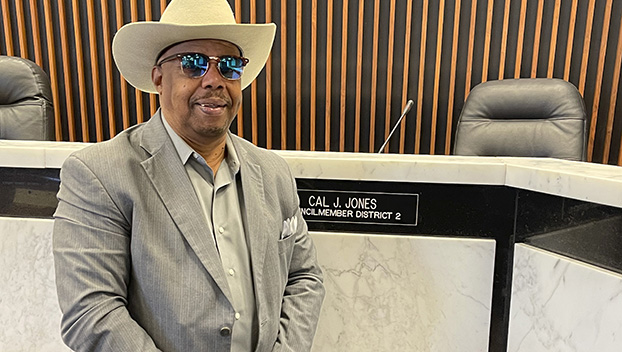 While too young to work, it was what his parents and older siblings did to make ends meet.

“Thank God I was too small, too young,” he said. “My older sister told me about it.”

People, he said, would often ask his mother how she worked in the fields with her children.

“I could walk and my younger sister could walk,” he said. “My baby brother, she had to carry him. She said she’d carry him down the row where the cotton was, lay him down at the end of the row, and when she went to the next row, she’d pick him up and move him to the next row.”

But as his older siblings were forced to abandon school to help the family, his parents made the decision to change that future for the three children to follow.

“We came here to get an education and live an independent life, away from the country and the cotton, pepper and sugar cane,” he said.

Jones’ father started working in the City of Port Arthur’s Public Works Department, from which he ultimately retired. His mother cleaned homes during the first half of the day, and spent the second half focusing on the kids and household.

“I’m a product of Lincoln High School — mighty, mighty Bumblebees,” he said. “Great faculty, great principals, good students, good athletes. And I was proud to be a part.”

From there he enlisted in the U.S. Army, where he spent two years working stateside in artillery.

But life had other plans.

“I stayed in college only six months, met a young lady, fell in love and got married,” he said. “So I had to drop out of college and take care of the family.”

The eventual father of five began working in the plants, which led him to serve as a board member and vice president of a local labor union.

“I left the union and met a gentleman eating breakfast one day, a used car sales manager, and we talked a little bit,” he recalled. “So I said let’s try it, and I did 31 years as an auto sales consultant. I was right in the city, everybody knew me. At one time I had all the preachers sold up.”

But his time in the union also brought him down a different path.

“Being in organized labor was kind of political,” Jones said. “I’d watch the meetings, what kind of jobs were coming into town, who were getting the jobs, and the lack of work. It got me upset. So I kept following the meetings, reading the paper.”

And in 2007, he sought an unexpired term left empty when a former councilman ran for mayor.

It would be about 10 years later that he’d return to serve again.

“I was once on the outside looking in,” he said. “Now I’m on the inside looking out, so I wanted to be able to help someone who hadn’t gotten the help they needed.” 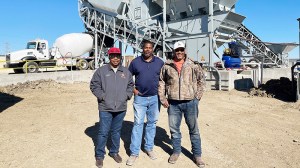 Those who attend or watch council meetings are familiar with Jones’ blunt statements. When it comes to the concerns of residents, he almost always addresses them by name and tells a story about their family members. Having spent about 65 years in the city, rarely does he see a stranger.

But when a developer speaks, one of his first questions is almost always about their intent to hire Port Arthur residents.

“It bothers me deeply to see all these workers coming into town — outside license plates,” Jones said. “And they’re polluting our city, tearing up our roads, taking the money back out.”

Getting the streets repaired, he said, is also at the top of his list.

But he said the city’s current administration is devoted to doing so, too.

“This council we have here is one of the most productive councils I’ve seen,” Jones said. “They’re all focused and they’re all hungry about getting things done and turning things around. Previous councilmembers started this ball rolling, and this council kept it going. People don’t want to hear excuses, they want it done. We have to keep the train on the track and listen to the citizens of Port Arthur.”

It’s a train that he feels is almost where it needs to be.

Projects he said he wasn’t at liberty to discuss were in the works, and would bring a “big shot in the arm” to the city.

And for those that have been completed, it’s not uncommon to find Jones out visiting with business owners.

But he also roams through city departments to speak with the employees.

“I go all over the city, making sure everybody is alright and make sure they’re being treated fair,” he said. “That’s important to me, too. Employees do a good day’s work for a good day’s pay, but I want them to be treated fairly.

“I think everybody should be able to come to work, do their job, and not go home frustrated, scared about losing their job. And if I get that kind of call, I’m going to address it. Somebody has to.”

It was a man who owned a business on Gulfway Drive.

“They’ve cut off the water at our business,” the man said. “They (said) I owe some money from maybe 10 years ago, and they turned the water off.”

The bill was $2,000. And while the business wasn’t in Jones’ district, the man on the phone said he was just “going down the list” to find help.

Within two hours, his water had been restored.

The council has a boss — the people. The people are my boss, and I’ll be damned if I get caught not doing my job by the people.”