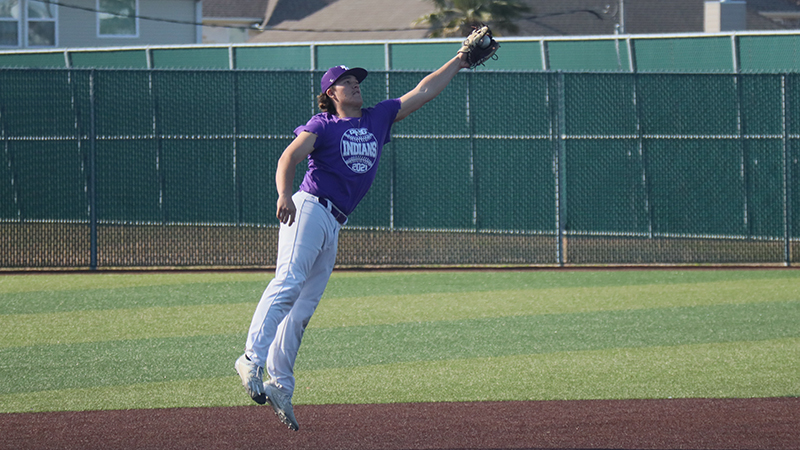 PORT NECHES — Port Neches-Groves baseball coach Scott Carter has not had a roster turnover like this season’s team in nearly 30 years.

The Indians return one starter from 2021’s team and will only have approximately three seniors on the roster.

“It doesn’t happen very often where you have a complete turnover,” Carter said. “It wouldn’t have been quite as big of a turnover if we didn’t have a few key injuries, but it is what it is. We have been good for a while. One thing about it, I don’t have to worry about our kids working hard.”

The only familiar face for fans will be in the infield.

“It is amazing how new they are,” Carter said of the faces on the diamond. “We only have one returning defensive player for varsity. Landon Guarnere is returning at shortstop. He will be the only one with experience on the field. We also have Caleb Faulk, who is a senior. He was a DH last year because he had surgery, so he didn’t play defense. A lot of things are going to change.”

Faulk said he is ready to get the season started and added he felt like the Indians played well against West Brook in their first scrimmage.

“We will be fine,” Faulk said. “We just have to get some team chemistry going.”

Guarnere said that bonding will have to take place on and off the field if PNG wants to be successful this season.

“Last year, I was listening,” he said. “There was like four leaders and this year, it feels like it is just me and Faulk right now. I feel comfortable. We aren’t at our best right now. I know we can be better. I have played with these guys for forever. We are just waiting for chemistry to come in. It takes time. You have to be with your teammates a lot.”

Last year’s senior-heavy team made it to the third round of the playoffs before losing to the top-ranked Friendswood Mustangs. Carter said his team has a lot of ground to cover.

“I am proud of the way the kids are working,” he said. “It is still early. We have a lot of work to do. We still have to figure who is going to be where and put the pieces together. I like the way they work. It is PNG. They have great chemistry. We have good families and a great administration that takes care of our program. We just have some work to do.”

Carter said one of the most important battles is taking place behind the plate.

“We thought that Chase Johnson was going to return as a catcher, but he got injured during football season and had to have surgery, so he is going to miss the whole year,” Carter said. “We are missing a catcher. We have two sophomores and a junior that are battling it out behind the plate. We are anxious to see what happens there.”

Despite the roster makeover, Carter said his team has high expectations.

Even with decades of coaching experience, Carter said this season will not be his last dance.

“I’m not ready to quit,” he said. “I love what I do and I am going to continue to do what I do. A lot of people talked about me retiring and joke about it because I am one of the older guys in the area. I don’t have any interest in getting out of the game yet.”