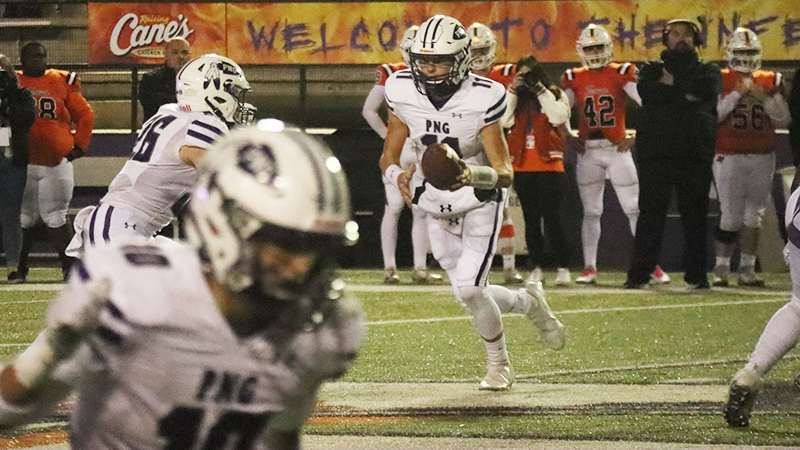 Joseph was an assistant coach at Southlake Carroll this past season, where the team finished 14-1 with the lone loss coming in the state 6A semifinal.

Joseph coached under Head Coach Riley Dodge, who is the son of Todd Dodge.

The elder Dodge worked as a consultant for PNGISD in the selection process.

“His dad and granddad are in the Texas High School Coaches Hall of Fame,” Gauthier said. “Lots of exciting things to bring to PNG. There is a lot of great high school football coming. We are coming straight from Southlake Carroll so we are going big.”

Gauthier said there were 45 applicants for the position before the committee narrowed the number down to seven to be interviewed. From the seven, the committee selected two candidates to present to Superintendent Mike Gonzales, who selected Joseph.

PNG School Board President Scott Bartlett said he is excited.

“Our committee did a good job,” he said. “Change is hard in the beginning, but it is always exciting to get a fresh, new idea. You don’t know what you don’t know. Having someone come in and implement their philosophy with our student athletes is going to be exciting. I am ready to see what he brings to the field.”

Gonzales will present Joseph’s name for a school board confirmation vote during a board meeting Monday at 6 p.m. at PNGHS.