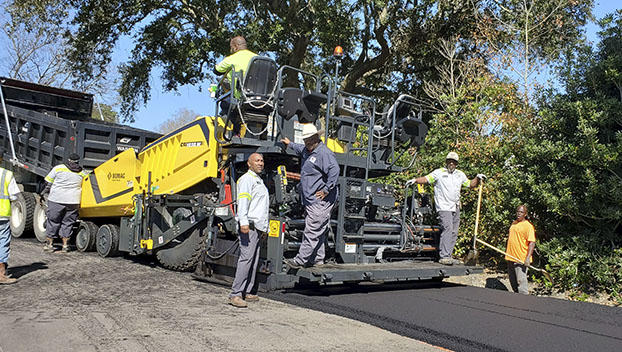 Smith said they had already completed some entrances on the adjoining streets and were making their way around to 32nd Street. 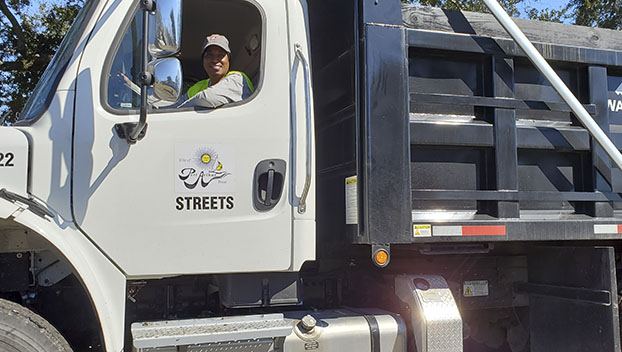 Elvira Jones with the streets department waits for the signal to drive forward as a crew works on the asphalt behind the truck. (Mary Meaux/The News) 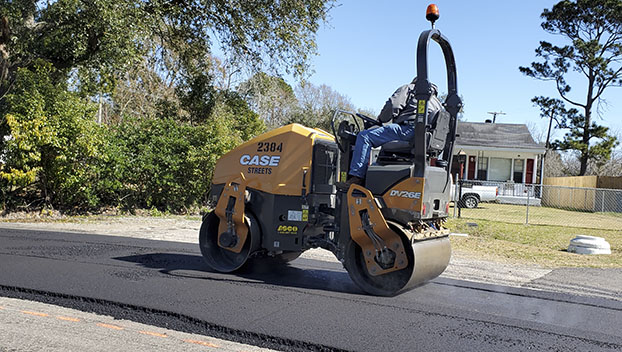 A streets crew member drives an asphalt roller in the area of 29th Street and Forest Drive on Tuesday. (Mary Meaux/The News) 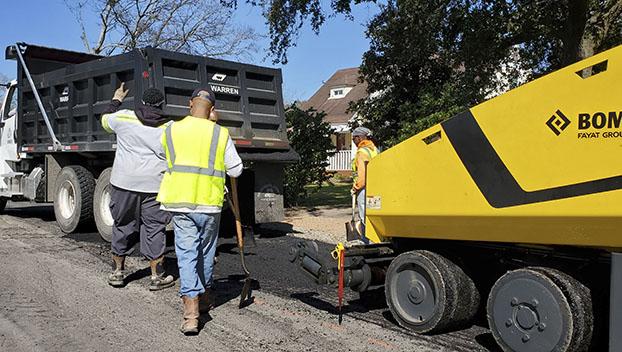