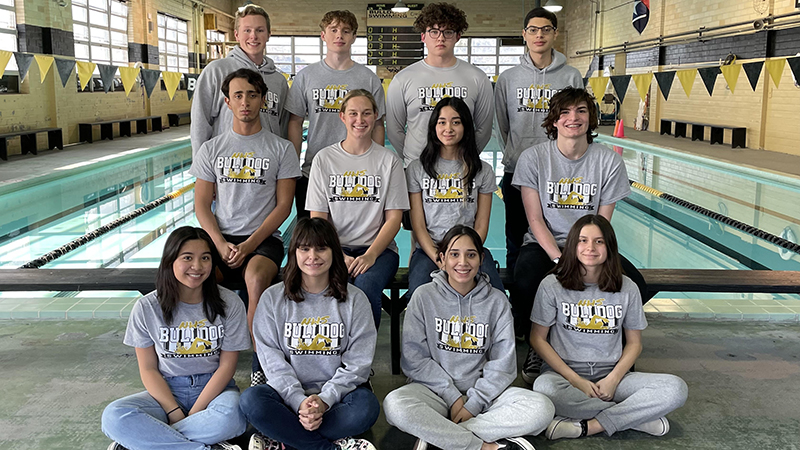 While neither were able to punch their picket to Austin for the state meet, Swim Coach Roxanne Lyda is proud of her team’s effort.

Eloy Vega nearly qualified for state by finishing fourth in the 200-yard freestyle. The top-two finishers move on to state finals.

Franco Vega qualified for the regional finals in the 500-yard freestyle. He finished eighth with a time of 5:00.96.

“They did their best and gave it everything that they had,” Lyda said. “I know that some of the team might be disappointed in the rankings, but I am proud of each swimmer. They worked incredibly hard for the last six months. They show up early and stay late in the afternoons. We are just going to keep working and looking forward to next year.”

“These kids are up at five in the morning to practice before school,” Barrow said. “They put in a lot of work. Those who don’t swim just think of it as splashing around in a pool. That is a lot of hard work and training. I am super proud of our kids and coaches.”

Lyda said Eloy Vega has been a great example for the other swimmers during his time with the program.

“He has been an extremely positive influence,” Lyda said. “He helped with practice and making sure they worked extra. They would get together on weekends and practice, so he has been a strong influence on the entire team.”

While Eloy will graduate at the end of the school year, Lyda said is anxious to see how much Franco will progress after getting so close to state in his freshman season.