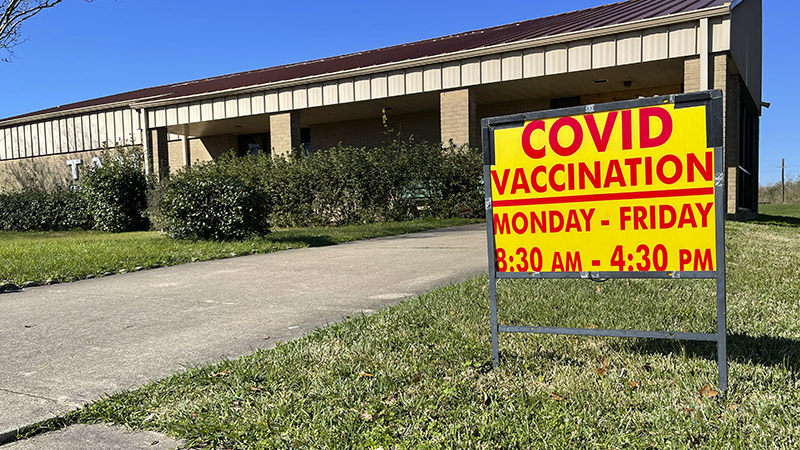 By the start of the 2022-23 school year, all school-age children could be eligible for COVID vaccinations as the U.S. Food and Drug Administration is expected next week to vote on emergency use of the Pfizer shot for those 6 months and older.

The pharmaceutical company filed Feb. 1 for a clinical trial on children 6 months to 5 years, as vaccines are currently available for everyone 5 and older.

Following the FDA vote on Feb. 15, the matter will go before the Centers of Disease Control advisory panel for a vote.

The latter is what is needed for the Port Arthur Health Department, which serves all of Mid and South County to begin treating the new age group.

“That’s a whole new ball game for us, but guess what? We’re ready,” Health Director Judith Smith said after expressing excitement over the possible approval.

Smith said the local vaccination hub hasn’t seen as many children as they’d hoped to since the shot was made available to those 5-11 in November 2021.

But following an evening symposium where parents were able to get facts from health officials and dozens of children were vaccinated, plans for more evening events are in the works.

The December event took place the same day officials confirmed the first two cases of the omicron variant in Jefferson County — A Groves man and a Port Arthur man.

For the past few months, cases in the area have risen sharply as they did with the delta variant earlier in the year. However, a study by Johns Hopkins University shows that current cases could be on a downward trend.

That news was reported by the Wall Street Journal Monday — the same day officials were forced to close the Southeast Texas Regional Infusion Center for the second time in as many weeks due to the lack of Sotrovomab, the only one of three monoclonal infusion therapies approved to treat the omicron variant.

Smith said her department has talked with several people who benefited from the center.

“They’ll tell us if they’re feeling bad, once they get the infusion, immediately they start feeling so much better,” she said. “We’ve had some really good testimonies from people who have had the infusion.”

The center, operated by the state, opened last year administering Regeneron. However, in January the Food and Drug Administration revoked emergency use of Regeneron and Eli Lilly treatments as they had shown ineffective against the strain of COVID currently dominating the country.

In January the local center requested 1,000 doses and were sent 126 that week and 84 the following week.

Last week the center temporarily closed due to a lack of Sotrovomab but was able to reopen shortly after with the arrival of the medication.

In early January, the short-supply of doses forced officials to restrict those eligible for infusions to guidelines set last year by the FDA — those with underlying health conditions and/or those at high risk for hospitalization or death.