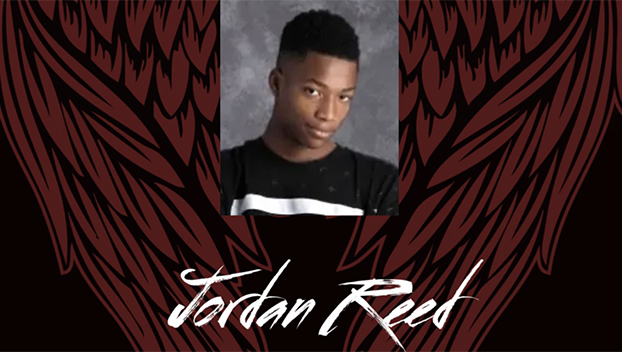 An accidental, fatal shooting over the weekend will have a lasting impact for many.

Jordan Reed, 18, was fatally shot Saturday by a juvenile playing with a firearm, according to information from the Port Arthur Police Department. He was brought to Christus St. Elizabeth Hospital in Beaumont, where he was pronounced dead.

Foul play is not suspected.

Longtime educator and principal at Port Arthur Independent School District’s Alternative Center Dr. Brenda Coleman knew Reed from her time as assistant principal at Memorial High School, saying she had worked closely with him since 10th grade along with his counselors.

He was on track to graduate this year, she said.

“It’s a shame…when the kids are finally at the door and are working to get out that door and graduate and go to their second chapter in life, post secondary, and something like this happens unexpected,” Coleman said. “I really feel for his mom, Ms. Catherine, and his grandmother, Ms. Gert, and the rest of the family members that really stayed behind Jordan and made sure he was on track. They worked diligently with us at school. It’s just very sad.”

She described Reed as having the most incredible smile and someone who would sit down and hold a conversation with anybody. He also held high respect for his mother and grandmother, saying the two women were his joy.

In addition, he had recently become a father. Coleman had not met the child but had seen photos, she said.

Details regarding the shooting from police were sparse as of Monday. Port Arthur Police Det. Mike Hebert said the reason is because the case is too fluid, and because there is a juvenile involved, adding they must be cognizant of the families involved.

The age of the juvenile has not been released.

Hebert did not comment on the relationship between the shooter and victim. Likewise there was no comment on gun ownership or who else was at the location at the time of the shooting.

Hebert did not give a timeframe for when the questions would be answered. The department’s Criminal Investigations Division is leading the case, which is termed “active.”

Law enforcement, he said, performs the investigation and if they do not see a criminal act they will not elevate the case.

This marks the third death this year of a former or current Port Arthur Independent School District student, Coleman said. They are Marcus Freeman, 34; James Botley Jr., 20, and now Reed.

Freeman’s sister-in-law is a teacher in the district and also an author, so when the students found out about the death of Marcus Freeman, who was killed in a shooting Jan. 21, it was a upsetting to many.

Botley graduated in the first class to experience the pandemic, she said.

Coleman said she and others worked hard to make sure Botley graduated, after which he got a job out of state.

“He did well over there,” she said, as she talked of him sending a photo in a work uniform in the snow. “He came back and this happened to him.”

She said Botley’s mother works hard — his parents’ No. 1 goal was to make sure he graduated.

Botley was killed in a shooting Jan. 29.

As an administrator at the Alternative Center and as a longtime educator, Coleman said sometimes youth can get off track, but that can change.

“We have such high hopes for our kids. The one thing I need everyone to understand is we make mistakes, our kids will make mistakes. There always a chance, always a possibly to turn that mistake around for the better,” she said.

Coleman said she spent most of the weekend in tears after learning of Reed’s death. She is looking to bring counselors to the school to speak with students and teachers who are also grieving.