Memorial softball rebuilding behind talented group of returners and newcomers 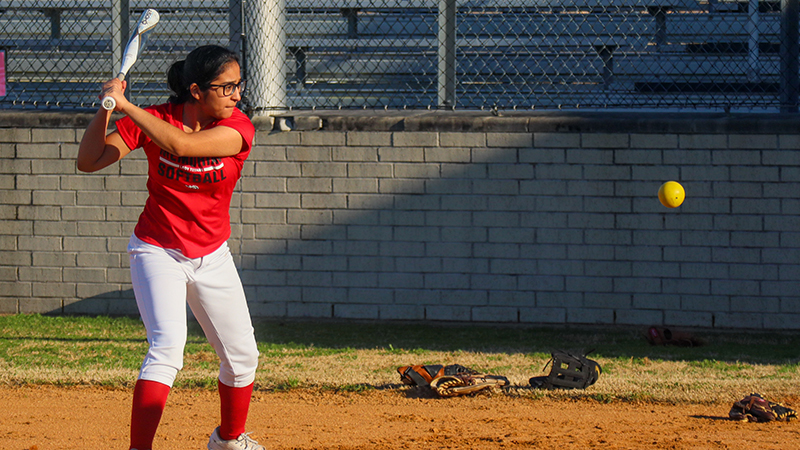 Team Captain Daisy Diaz is ready for the season to get started.

“We are excited,” she said. “It is a new season, a new team, new everything… It is my senior year. I am just trying to make the best of it and teach the underclassmen the best I can.” 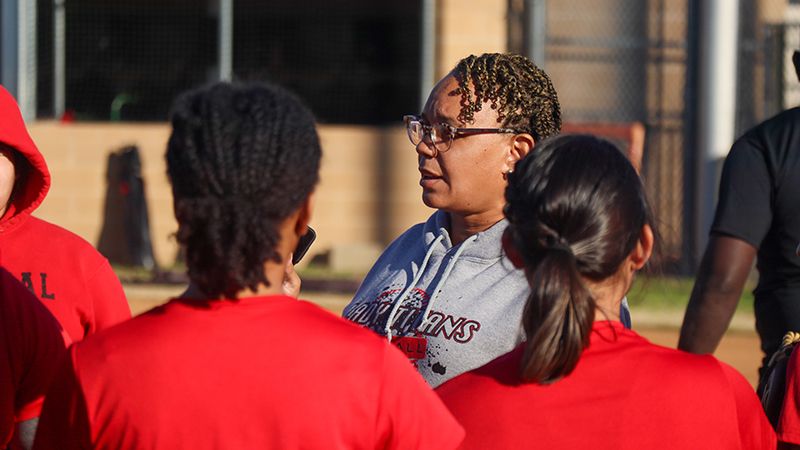 Anderson is happy to have Diaz to help bring her younger teammates along.

“We have a lot of newbies,” Anderson said. “We are progressing. The girls have been very receptive. They do pretty much whatever we tell them to do. It is going pretty good.”

“She is our captain,” Anderson said. “I also have a sophomore that is more of a quiet leader. Dekarra Anderson, she leads by example.”

Dekarra Anderson, who plays the infield, said the team needs to grow but is off to a good start.

Dekarra Anderson said her goal is to hit at least one homerun this year. She has hit some in practice but has yet to do it in a game.

“It is her first time playing. ever,” Coach Anderson said. “She is very athletic and asks a lot of questions. Once she asks a question, she tries to do it. She is a very quick learner.”

Coach Anderson watched Angrum play volleyball and convinced her to come out for softball.

The coach said the season is about progress.

“We need to get better each time,” she said. “We have the state champion in our district. I want to see progression from the first half of district to the second half. They have already come so far. They are learning quick. We just want to play our best game.”

The Titans share the district with state champs Barbers Hill and No. 5-ranked Crosby.

Dekarra Anderson is ready for the competition.

“We can get better by playing them and learn from our mistakes,” she said. “I am anxious to play against them.”

Diaz said she looks at each contest as a chance to improve.

“I see it as an opportunity to be able to learn from every game,” she said.

The Titans will play Bob Hope in a non-district game March 1 at Memorial High School.