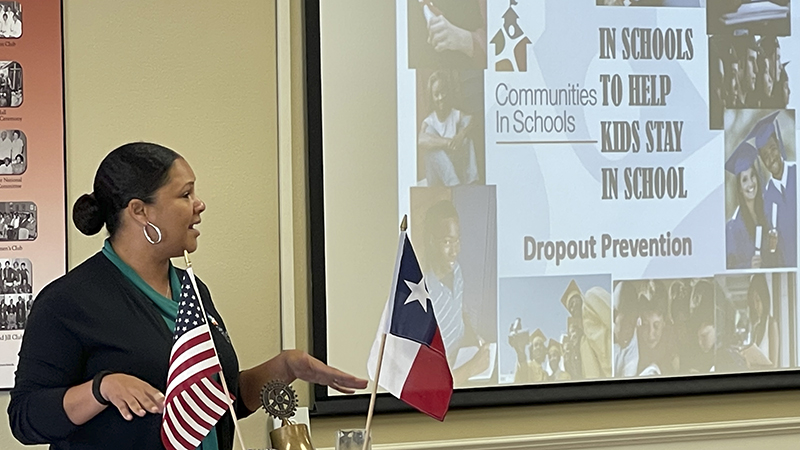 When Reecie Goodman first received an email stating Communities in Schools in Southeast Texas had been chosen to select a grant from an anonymous donor, she thought it was a scam.

“I received it three times and never responded,” said Goodman, executive director of the local organization. “I didn’t realize it was real.”

The realization came when the president of the national network gave her a call and asked her to respond. And it was then that she realized the Jefferson County chapter would be receiving $1.5 million in unrestricted funds from billionaire and philanthropist MacKenzie Scott.

The ex-wife of Amazon founder Jeff Bezos donated $133.5 million to the national Communities in Schools organization. From there, Goodman said, less than 50 percent of the affiliated groups across the country had been selected to receive a portion of the funds.

“We don’t know specifically why we were selected,” Goodman said. “But we do know what was discussed were our high values, strong standards, leadership, commitment of student support and track record of success.”

The funds were gifted without restrictions. Organizers were made aware of the grant late last year, but the announcement was embargoed until this month.

“There were lots of tears, lots of emotions,” Goodman told Port Arthur Newsmedia. “Because it’s just not something that happens often, or has ever happened for Communities in School in Southeast Texas. It’s a historical gift that we will be able to use to support our mission, expand our growth and local board priorities.”

The local nonprofit works in 54 schools in the area, which includes campuses in Nederland ISD, Port Arthur ISD and Bob Hope School.

She said they even help students with uniforms, supplies and food to take home for those in need.

Goodman said their services have changed over time, as they strategically expand to meet the evolving needs of the students and families they support.

Scott became the world’s richest woman after her 2020 divorce from Bezos; however, she immediately began gifting what’s now amounted to more than $6 billion to organizations across the country.

In December 2020, she donated $9 million to the Southeast Texas Food Bank.

See why Groves is required to pay FEMA $200K…