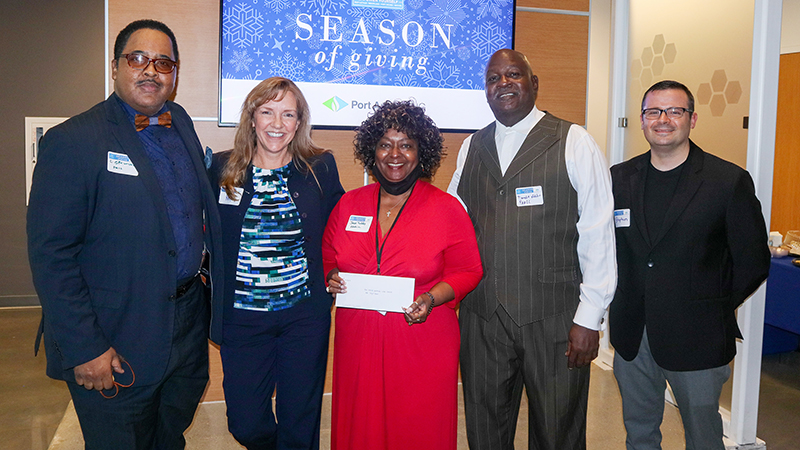 Registration has begun for the 2022 season of Port Arthur American Little League.

The league will have opening day March 26 at noon at Pioneer Park.

For PAALL Secretary Dwight Fobbs, the passion comes from the desire to help children.

“I wanted to help underprivileged children and children, whose fathers are out of place,” Fobbs said. “I actually don’t like baseball. Kenneth Coleman, the former Port Arthur Memorial basketball coach, was helping me out and he ended up tricking me to helping him.”

The friendship started in church when Fobbs was over a youth program.

“It was a tutoring and mentoring program,” Fobbs said. “We would go to these children’s homes and buy them clothes for school and Christmas and stuff. He inherited the league from Kenneth Lofton. I got it from Coleman. That was back when it was on Barbara Jacket Circle. We moved it over to Pioneer Park 14 years ago.”

This will be Fobbs’ last season with the organization as he hands the reins over to Carlton Alexander.

“He will be spearheading it once I get him on the right track,” Fobbs said of Alexander.

The league was one of 13 non-profits that, in November, received grants from the Port Arthur News Season of Giving powered by Port Arthur LNG.

Fobbs said the league expects to have 175 participants this year.

“We are going to have four T-ball teams, four major league and three minor league teams,” he said. “The registration fee is $65 for T-ball and $75 for minor league. The major league will also be $75. We are also going to try and field an all-star team in each division.”

Alexander said he has been with the league since his son started T-ball at the age of 3. He said he hopes to continue to grow the league and make baseball as big as it was when he was younger.