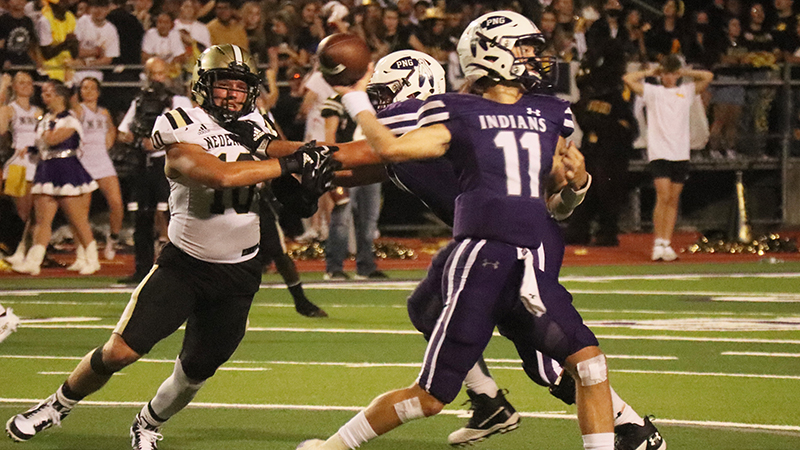 PORT NECHES — The Port Neches-Groves Independent School District began sifting through resumes for the head football coach and athletic director position Thursday. District officials said the job posting will remain open until a hire is made. Over the next few days, a committee of six administrators with the district will present a lone finalist to the school board for final approval.

School Board President Scott Bartlett said the district began forming a six-person committee this week. The committee names will not be made public until after the search is complete.

“In the beginning, it will probably remain anonymous because we want to protect them from getting 15,000 phone calls a day,” Bartlett said. “I know it is going to be five members of PNG employees that are in administrative roles.”

Bartlett said the process is the same as when any administrator is hired.

During the week, the district teamed up with Todd Dodge, who coached seven state championship teams, to assist with the process. Dodge is not under contract with PNGISD and will send an invoice to the district after he completes his service.

Dodge will also serve as a mentor to the next head coach for a year through phone calls.

“I am not, by any stretch of the imagination, hiring the head coach,” Dodge told Port Arthur Newsmedia Wednesday. “I am just going to be there to answer any questions of the superintendent, deputy superintendent or the selection committee.

“I love Port Arthur. I love Southeast Texas. I’ve always had a tremendous amount of respect for the PNG job. I think it is a great job. They asked me to help, and it’s what I plan on doing.”

Bartlett said the district has received more than 30 applications for the position. The committee will comb through the applicants and narrow down the number for a face-to-face interview.

“Obviously, they are not going to interview 30-plus people,” he said. “It will be more than one and less than 10, if I had to guess. Geographically, trying to get these people here is hard. They will have a face-to-face interview. From there, Todd Dodge and the committee will really start vetting them. They will check references and make sure they play well with others and checking their standing in their district. That will narrow it down.”

Bartlett said the committee will name a lone finalist and present the person to the school board for approval.

“We are not picking between two,” he said. “At that point, (PNGISD Superintendent) Mike Gonzales has the hiring authority. They will present to him the lone finalist and he will bring it to the board as a recommendation to hire this candidate as our AD/head coach for final approval.”