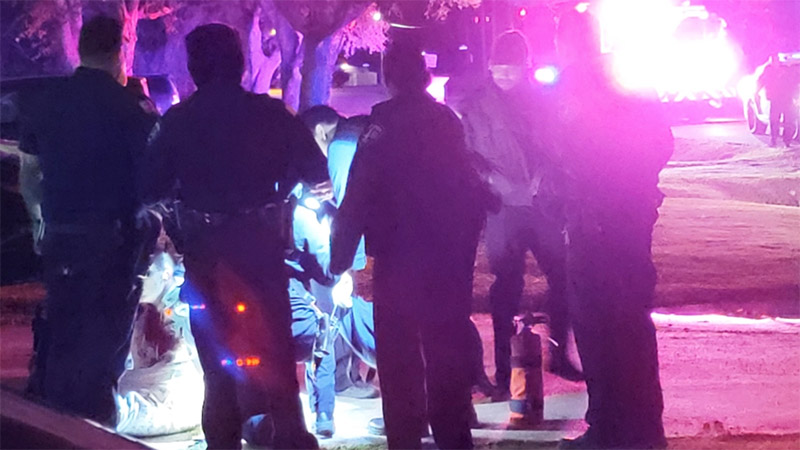 A man identified by law enforcement as a burglary suspect who reportedly assaulted a person is seated on the ground in police custody Thursday night. The alleged suspect was stabbed during the altercation. (Courtesy photo)

A 25-year-old man is recovering from a stabbing police say happened when he allegedly broke into a Port Arthur home and attacked a friend of the homeowner.

The victim of the assault inside the home felt his or her life was threatened and was able to retrieve a knife and stab the suspect, Port Arthur Police Det. Sadie Guedry said. The homeowner called police before the suspect left.

The alleged suspect was found a short time later with the help of police K-9.

A witness saw police and the K-9 standing next to a man who was sitting on the ground in the 2600 block of Lombardy Drive, which is not far from the Griffin Drive address. The man was wearing light colored clothing and there was blood on the front of his shirt.

The injured suspect was brought to a local hospital for treatment.

A warrant will likely be issued for his arrest, police said Friday morning.