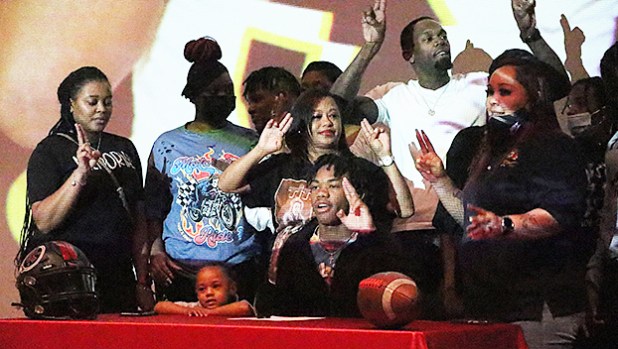 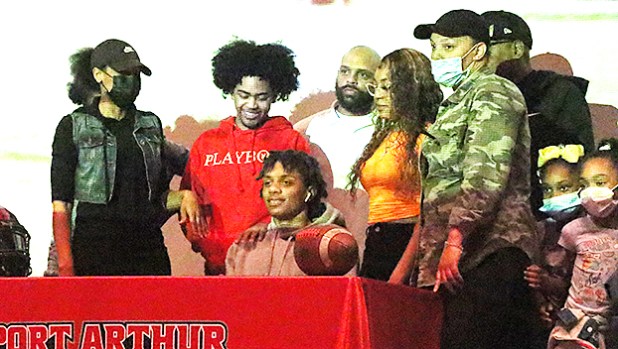 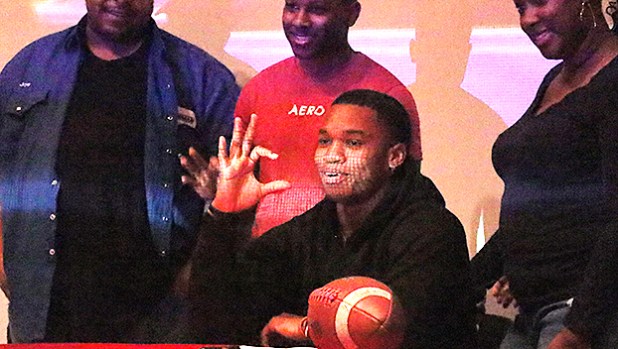 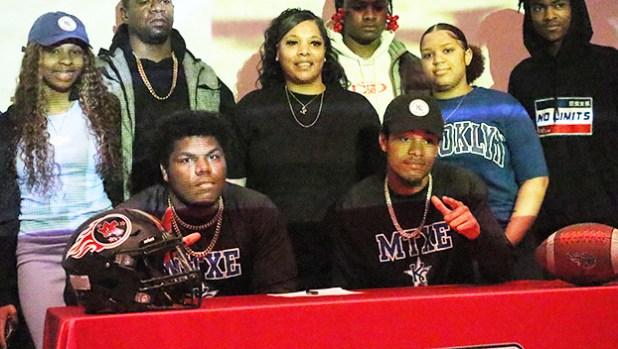 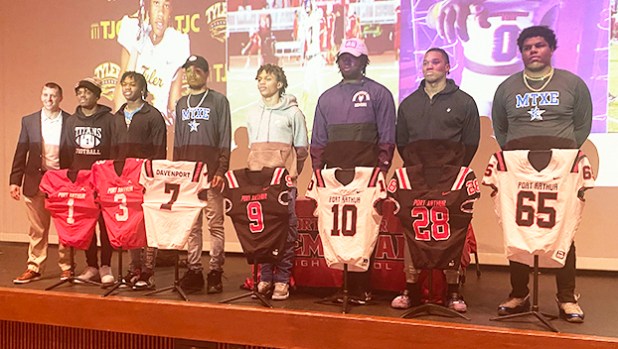 Five Memorial senior football players lined up on stage in the high school’s auditorium Wednesday to celebrate their futures.

The players signed national letters of intent to continue their playing careers at the college level next season.

Receivers Ilijah Williams and Kelby Blanchette, running back Adrian Hayward, defensive back Devuan Davenport and offensive lineman Diamonique Daventport all selected where to chase their dreams of academics and college athletics.

Williams signed with the University of Texas-Permian Basin, while Blanchette elected to go to Tyler Junior College.

“I was very excited to see my first offer,” Blanchette said. “I feel like I got something done. It feels great. This is the next step and the next chapter.”

The receiving duo were downfield threats for the prolific Titans offense that finished first in the district in many metrics. Both, along with Hayward, were top targets for quarterback Jah’mar Sanders this past season.

Hayward signed to go across the border to Louisiana College.

“God gave me another blessing to take my talents to the next level,” he said. “Our coaches, friends and family put trust in us. We all believe in each other and are on to the next chapter. The work only continues.”

Prior to the start of the season, Hayward told Port Arthur Newsmedia that his main goal was to secure a scholarship.

The Davenport Brothers said they chose Kilgore College because it allowed them to continue to play together.

“It felt like a home, and there will be great opportunities,” Diamonique said of Kilgore.

Devuan said he believes the sky is the limit for himself and his brother.

All of the players said they will miss the locker room and playing next to people they grew up with.

“The one picture I still have from my high school career is from signing day,” Memorial Head Coach Brian Morgan said. “All of those things that you throw away, that is one thing that gets kept 20 years later. You will remember this.

“You have an opportunity for football to take you to places. The most important thing football is doing is giving you an opportunity to get a degree. Your life can be a lot easier with a degree. That is something that gets overlooked on signing day. It is awesome that you get to play football. I, personally, don’t care if you play a snap of college football. I care that you get your degree.”

Sanders, defensive lineman Christian Thomas and cornerback Jaylon Guilbeau signed their respective letters of intent back in December to bring the total number of Titans football players with scholarships to eight.