Community pays tribute to “the heart of the Chamber” 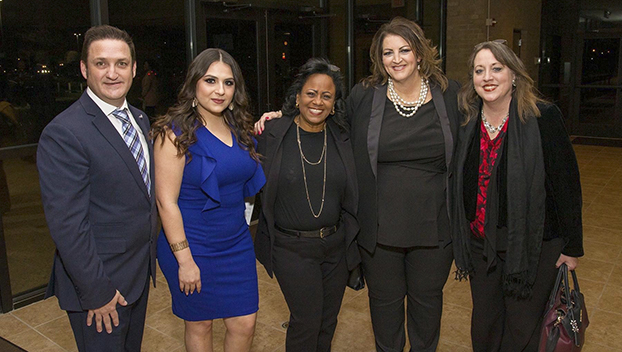 Paige Snyder was much more than the position she held at the Greater Port Arthur Chamber of Commerce.

For many who knew her she was like family.

Joe Tant, financial manager at the Chamber, worked with Synder for 11 years.

“Our relationship was much more than just coworkers. It became a family,” Tant said of how they were able to lead the Chamber through hurricanes, floods, pandemics and more. “Her loss is felt by so many individuals.”

When Snyder passed away Sept 6, the news shocked many and Tant, as the longest tenured coworker, was one of the individuals people reached out to.

“We shared a lot of very good memories,” he said of Snyder. “She was able to help a lot of people. It was really heart-warming to hear all the good stories.” 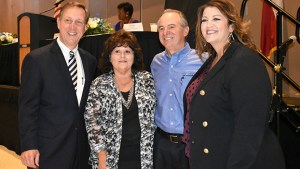 Mary Ann Reid, who previously served as the Chamber’s executive director and who is the person who hired Snyder, said a photo popped up on social media of her and Snyder at last year’s annual banquet. Her thoughts went to not having Synder to plan for this year’s banquet, which is Feb. 17.

Reid said the Chamber has a great staff and knows this will be a successful event, but it won’t be quite the same without Snyder.

“That beautiful big smile that warms you from your toes to the top of your head, that will be missed,” she said. “Once she locked eyes with you and smiled, I don’t care what kind of mood you were in, you automatically responded to that.”

Reid recalled seeing Synder’s resume, which was heads-and-shoulders above others. She called her a natural fit for the Chamber.

“When she walked and sat down, it only took a split second to know she was going to be a really good fit with the team and with the Chamber membership,” Reid said.

“There are a few things you can pat yourself on the back for and literally see all of the lives she touched. It was one of these things that was perfect.”

Darragh Castillo, destination specialist with the Port Arthur Convention and Visitors Bureau, said Snyder was all business but business with a heart.

“That smile drew people in and you knew she was actually listening to what you said. That’s a quality that I believe has helped build the Chamber’s reputation,” Castillo said. “I’d call Paige the heart of the Chamber. Ambassadors loved her. But don’t think she didn’t have a bit of a bite. If she knew you were shy about something, that’s when you’d feel that nudge that could become a push to get out there and do your best.”