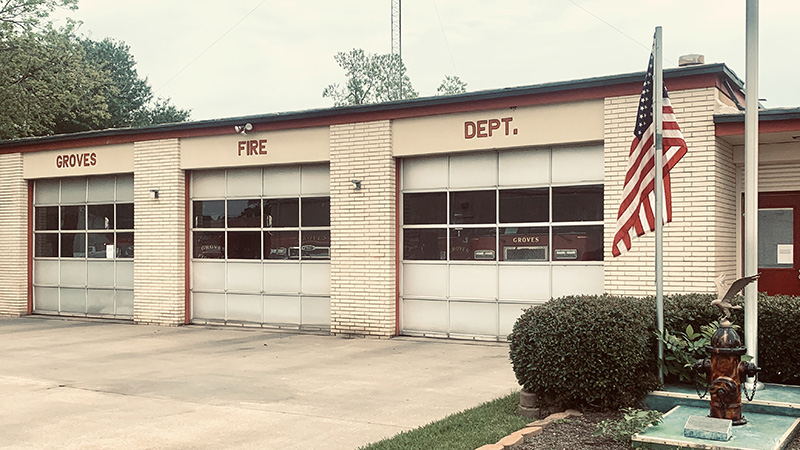 GROVES — The Groves City Council decided this week what is next for the old fire department building.

The council voted unanimously to put the building up for lease. City Manager D.E. Sosa said Acadia and JM Test Systems are interested in leasing the building.

“The monthly lease would allow it to not become a dilapidated and dangerous structure,” he said. “It doesn’t deteriorate if someone is in it.”

Sosa said the city would advertise the potential lease to garner interest.

After some discussion, the council voted to start the bid at $4,900 a month for the nearly 7,600 square-feet building.

Council members discussed who would be responsible for insurance on the structure along with utilities. Since the old fire station is on the same lot as City Hall, the two buildings share the same water meter. However, council members discussed the possibility of working in some sort of agreement into the lease where the company that uses the building would pay a set amount towards the water bill.

“They will pay their own water, sewer and garbage,” Sosa said.

Sosa said who ever successfully bids for the lease could be able to make alterations to the structure if the city approves the changes beforehand.

“It would be difficult (to make changes),” he said. “That building is built like Fort Knox. The walls are 18 inches thick. They could probably convert some of the garage into an office. I don’t think they would be able to change much to the structure.”

After a monthly payment is agreed upon by the city and buyer, the final contract would be brought before city council for approval.

The city built a new $8 million fire station that is close to being finished. Fire Chief Lance Billeaud said the new fire station is still waiting on doors. He did not provide a timetable for when the station would be complete but said he hopes the doors come in soon. Firefighters with the department helped design the new building to meet their needs.

The city broke ground on the new fire station in December 2020 and the department had hopes of being finished by this past December.