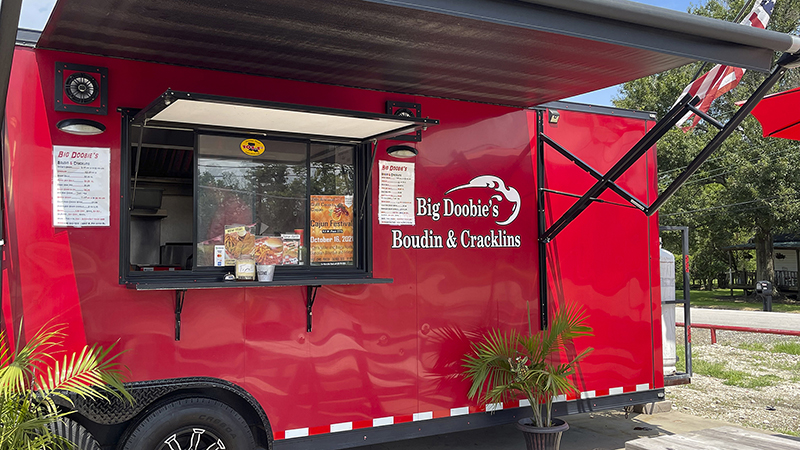 Joshua Rodrigues’ nickname is Big Doobie, and his boudin and cracklins is gaining attention.

In August 2018 when Joshua and his wife Kristen decided to open a restaurant, naming it was a no-brainer, as was where they would put Big Doobie’s Boudin and Cracklins.

Joshua got his start in cracklins by visiting the Port Arthur KC Hall.

“A man would always bring cracklins in there,” he said. “One day he asked me if I wanted some and I said yes. I asked him where he bought them and you’d have thought I stole his last dollar bill.”

The man agreed to teach Joshua how to make them.

“We cooked several pots and threw a few of them in the ditch because there’s an art to cooking cracklins,” he said.

The skills improved, and the love from others quickly followed.