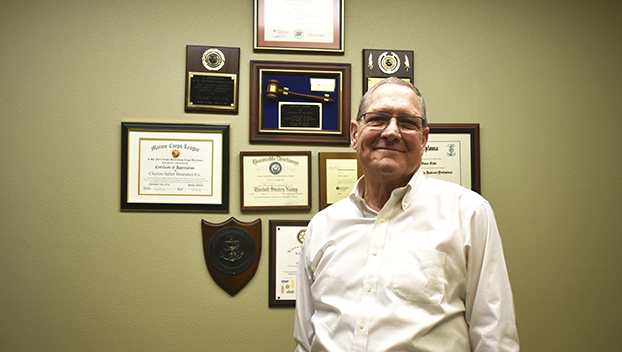 This character trait is one that gains momentum, gathering others into his realm of positive ideas for growth in the city as the incoming chairman for the Greater Port Arthur Chamber of Commerce.

Salter, president and chief operating officer of the near 100-year-old Julian Salter Company, knows the future lies in the hands of the up-and-coming.

Back when Salter was a banker he saw the look of hunger in the eyes of an entrepreneur. That look was one he would search for, knowing that person had the desire to succeed.

“You need to have a solid idea and you need to have capital. You need all these things in place, but most importantly, was that burning desire to achieve it. People will make their own reality,” Salter said.

He recalled seeing someone complain on Facebook recently, saying Port Arthur would never be like it once was.

The pandemic has temporarily halted progress on numerous projects in the city and area. So when working with Chamber President/CEO Pat Avery on a theme for this year’s 122nd annual chamber banquet, the discussion turned to jobs and progress and A Return to Prosperity. 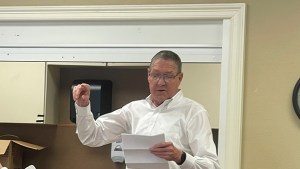 “Stuart is a dynamic leader who can make the hard decisions and stand by those decisions,” Avery said. “It has been my experience that his business decisions are dead-on and are future-driven. He can create excitement around an issue, which can rally the community and the region. His business savvy is very good indeed. He is charismatic, generous, loyal and dedicated.”

And with the restart of the back-burner projects comes talks of new ventures. We have liquefied natural gas plants in the city and LNG is one of the cleanest fuels, he said.

The region that was built on oil can also be successful when moving to alternative fuels.

Carbon capture is a perfect project for the area, he said, noting the salt domes typically used for oil storage.

“Total is one of the leaders in the world in alternative fuels,” he said. We’re going to take advantage of that opportunity. We’re not married to hydrocarbons. We’re married to whatever fuels the world. That’s what we do.”

One of his goals as the chairperson is for area chambers to work together more than every other year during Golden Triangle Days in Austin.

“My friend Verna Rutherford likes to say, ‘the chamber of commerce does what everybody thinks just happens’ and that’s really it,” he said of the former chamber president/CEO.

Credit for the current highway interchange work at U.S. 69 and Texas 73 should go to Ron Arceneaux, the outgoing chairperson who has been on the Golden Triangle Days’ Transportation Committee for a number of years.

Salter said we needed someone intelligent, informed and able to communicate properly with necessary entities, and Arceneaux did.

This year marks Salter’s second time as chairman of the Greater Port Arthur Chamber of Commerce. Salter first served in 1997.

“In between that time Stuart has remained active and engaged in the Chamber, leading campaigns that were important to Port Arthur and important to the entire region,” Avery said. “His vast knowledge of every aspect of our community is unprecedented. His business, Julian Salter Company, is multi-generational in Port Arthur and could very well be one of our oldest members of this Chamber of Commerce.”

Salter holds licenses as a risk manager and general lines insurance agent and has membership in several processional associations. He has been an active member of the Chamber his entire adult life, beginning with the Port Arthur Jaycee’s in the 1970s through serving in every board position.

He has been married for 40 years to the former Patti Freeman of Groves and they have one adult child. They are members of The United Methodist Temple in Port Arthur and enjoy free time exploring in their RV. According to his bio, his hobbies include fine automobiles, cooking and a daily nap.