COVID forces chance in time and format for Taste of Gumbo 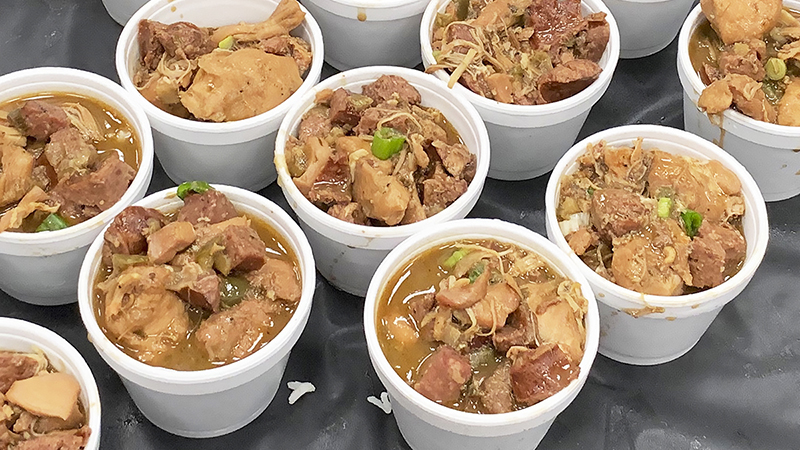 Rotary Club's Taste of Gumbo, etc. makes a meal, one cup at a time. (Darragh Doiron/Special to The News)

For the last 34 years, residents from all over Southeast Texas have been treated to the annual Taste of Gumbo hosted by the Rotary Club of Port Arthur.

The event is the club’s primary fundraiser for scholarships awarded to local seniors.

Earlier this year in the midst of the omicron outbreak, committee members moved the 35th annual event, originally scheduled for Feb. 12 at the Robert A. “Bob” Bowers Civic Center, to a drive-thru format similar to the 2021 event.

However, with the guidance of the Port Arthur Health Department and with careful consideration for the safety of the community, the February event has been canceled all together.

But don’t let that get you down, because it has allowed for a new event that you definitely don’t want to miss.

The Taste of Summer is planned for July 9, tentatively scheduled to take place at the Carl A. Parker Multipurpose Center.

The twist allows for a taste of more than just gumbo. Different food vendors from all over Mid and South County will be joining to offer up a variety of foods and beverages. There will also be live music, entertainment for the children and door prizes. 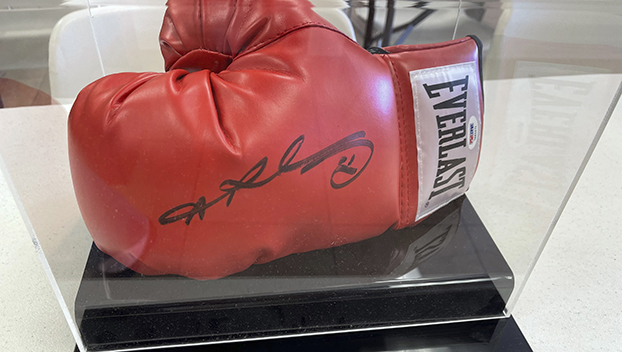 A boxing glove signed by Sugar Ray Leonard and donated by SETEX Construction will be one of several silent auction items available this year. (Monique Batson/The News)

And don’t forget about the silent auction, which this year will feature items such as large-screen televisions, outdoor grills and even a boxing glove signed by Sugar Ray Leonard.

More information, including amended times, will be released soon.

In the meantime, mark your calendars and prepare to join what is sure to be the tastiest event of the year.