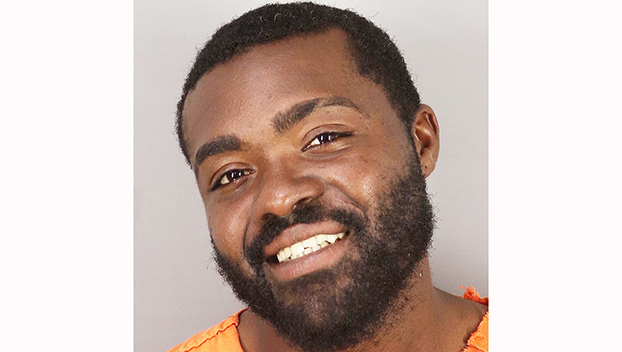 A Port Arthur man nicknamed “X-Man” was indicted this week on two charges of vehicle theft and one for evading arrest.

X-Man, whose real name is Xavier Dominique Oville, 28, allegedly took a 2013 Ford F150 truck that was parked in a driveway of a home in Groves on Dec. 6, police said. Unlike the superheroes his nickname conjures, Oville was able to gain entry to the truck through an unlocked door and use of the keys left inside.

The owner told police he took groceries from his truck some time between 4 and 6 p.m. Dec. 5 and left the vehicle unlocked with the keys inside when he fell asleep, according to the probable cause affidavit.

Oville is reportedly known to police and they also know he doesn’t own a vehicle or have access to one.

The truck was located in the 2800 block of Memorial Boulevard. An officer at that scene told the other officer of a call of a reckless driver and that the driver was reportedly Oville.

Oville, police said in the document, was intoxicated and struck another vehicle and left the scene. He was brought to the Jefferson County Correctional facility but medical staff refused to clear him due to his intoxicated state.

Acadian EMS was called to the jail, where Oville was released from police custody and brought by EMS to the hospital.

On Dec. 11, Port Arthur Police were called to Food Mart, 1701 Woodworth Blvd., for a disturbance. While there, an officer reportedly recognized Oville from previous calls. In addition, Oville reportedly matched the description of a man seen crossing the street at less than a 90-degree angle. The officer attempted to detain the man and told him multiple times to stop but he kept walking and entered an auto repair shop.

Oville was later detained and charged with evading arrest.

A few weeks later, Oville was arrested for unauthorized use of a motor vehicle for a Dec. 28 incident.

With this charge, police were called to Walgreens at 4930 Gulfway Drive, where a woman reportedly had parked her 2005 Honda Sedan, unlocked with the keys in the console. When she came out of the store her car was gone, the document read.

Surveillance video was reviewed and showed a man police identified as Oville get into the car and leave.

A warrant was issued for his arrest on the car theft charge.

Oville remains in the county jail on bonds totaling $21,000.

A Jefferson County grand jury indicted him this week on two charges of unauthorized use of a motor vehicle and one charge of evading arrest detention.