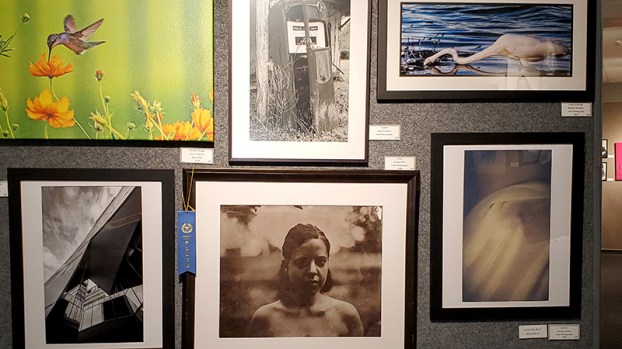 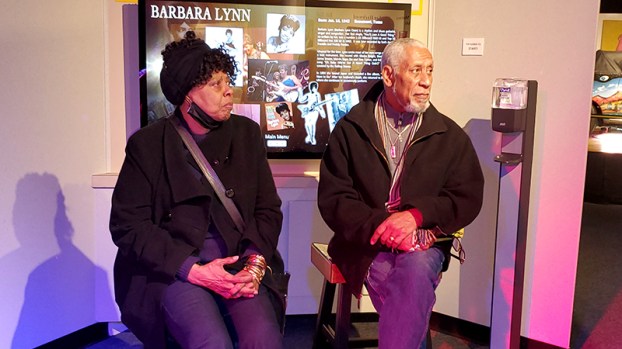 Reneè Gordon, left, and Barry Gordon of Philadelphia made a stop in Port Arthur to see Janis Joplin memorabilia and learned a lot about the people in the Museum. The couple plans to see other areas of town where Joplin stayed. Some years ago the couple saw Joplin in concert about a week before Woodstock. (Mary Meaux/The News) 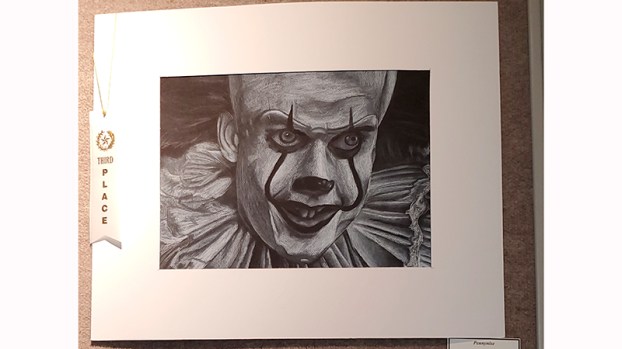 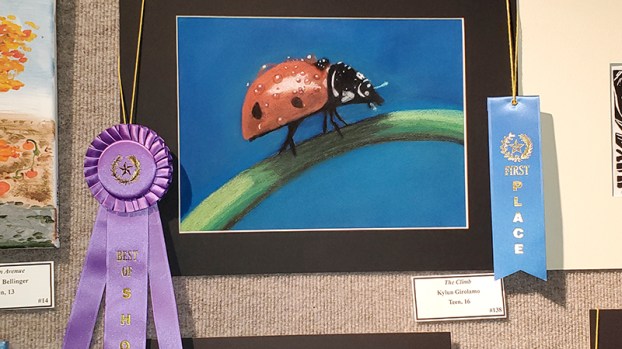 The first place and Best of Show winner in the teen category went to “The Club” by Kylun Girolamo, 16, who is a student of Malcolm Calvin Carter. (Mary Meaux/The News) 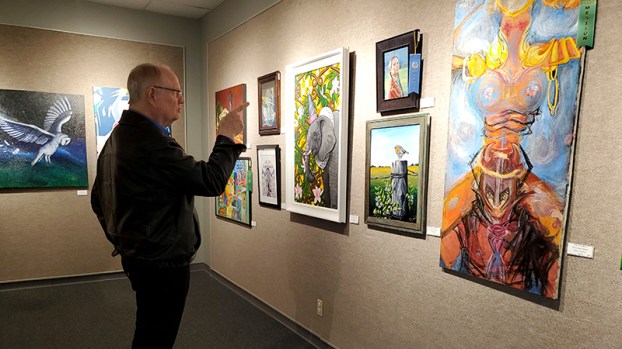 Tom Neal, director of the Museum of the Gulf Coast, points out a painting so realistic it appears to be a photograph. It took first place in the 7th Annual MOGC Community Art Contest 2022. The painting is called “Evening Glow” Lakota Woman by Malcolm Calvin Carter, who competed in the Adult 1 pro category. (Mary Meaux/The News)

The plethora of artwork inside the gallery at the Museum of the Gulf Coast runs the gamut from portraits, to still life, trendy to traditional and all that comes in between.

The art is hung at the Museum and will be on exhibit until March 18, Director Tom Neal said.

Judging for the 7th Annual Museum of the Gulf Coast Community Art Contest 2022 was done last week during a special ceremony.

Neal walked through the room noting the different works of art and of how the younger individuals have so much talent.

“A 16-year-old did that,” Neal said pointing to one piece. “What does the future hold? It makes you wonder.”

In another area of the Museum were Reneè Gordon and Barry Gordon from Philadelphia. The couple visited Galveston and Houston and wanted to make a stop in Port Arthur to learn more about Janis Joplin.

Reneè Gordon had a chance to see Port Arthur’s own Janis Joplin live about a week before Woodstock.

She said her mom told her she was too young for Woodstock but she enjoyed the music at the Atlantic City Pop Festival she did attend.

She recalled Janis up on stage swigging from a bottle of Southern Comfort.

“She was very tiny. I mean tiny,” Reneè emphasized. “Which really surpassed me. I guess because her voice and her pictures,” she said.

Between songs Janis would walk to the edge of the stage and swig some more of the booze, she said

The Museum is located at 700 Procter St., Port Arthur.

Community Art Contest winners’ work will be on display through March 18.